GDC spent over half a million on whistleblowing enquiry 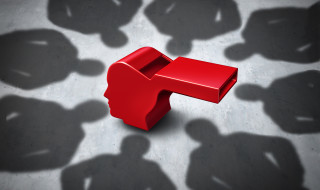 GDC spent over half a million on whistleblowing enquiry

The GDC spent over half a million on legal costs and staffing changes during the whistleblowing enquiry.

Information, released under a Freedom of Information request to the General Dental Council (GDC), also found a £250,000 bill to leading international PR firms for a range of services, including preparing Bill Moyes, chair of the GDC, and Evlynne Gilvarry, immediate-past chief executive and registrar, for their appearance in front of the Health Select Committee in March 2015.

‘The chair has gone to great lengths to absolve the current council from the sins of the past,’ Mick Armstrong, chair of the British Dental Association, said.

‘A glance at any calendar shows that the bid is futile, as the PSA inquiry into the handling of the whistleblowing issue fell into the time of the current council.

‘To suggest that the current council had nothing to do with this inquiry but simply oversaw the rectification of the problem is a stunning misrepresentation.

‘Given the council’s own deliberations in public, these feelings may also not be shared by the other council members.

‘Bill Moyes has again demonstrated he would rather spend registrants’ fees on firefighting than acknowledge any error on his part.

‘This half million pound price tag for avoidable legal costs and tokenistic staffing changes is particularly galling, and flies in the face of stated commitments to openness and transparency with the PSA on whistleblowing.

‘The GDC chair clearly wants this profession to believe he has clean hands – and this it seems is the cleaning bill.

‘The GDC chair’s conduct seems less like a new era for regulation, and more business as usual.’

The BDA has responded to an open letter from GDC chair, Bill Moyes, regarding the future of the regulator.

His comment, published in The Probe, looked into the future of dental regulation and the ‘journey of improvement’ since 2013, and the BDA believes his article contains numerous misrepresentations on the PSA’s whistleblowing inquiry and many ‘un-evidenced assertions about the rise of patient complaints’.

‘This profession wants nothing more than an effective and efficient regulator, but that journey will only begin when the GDC can show it is capable of confronting some hard truths,’ Mick Armstrong continued.

‘Sadly this recent article revealed its leadership is unwilling to even start down that road.’

A copy of the BDA’s response letter is available to download here.