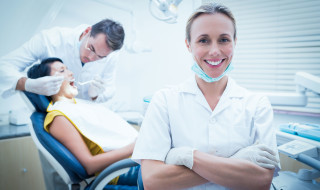 To mark International Women’s Day, Mydentist has released data that shows around 60% of its employees are female.

The dental corporate believes this highlights the changing landscape of dentistry, with women becoming more influential in the profession.

The Health and Social Care Information Centre (HSCIC) released figures for 2014/15 showing 27% of NHS dentists were female, a rise from 29% in 2006/07, and the British Dental Journal has predicted that more than half of dentists in the UK will be female by 2020.

‘The number of women studying dentistry and qualifying to work in the profession has risen dramatically,’ Barry Cockcroft, non-executive director at Mydentist and former CDO for England.

‘It is clear that more women are attracted to the idea of a career in this industry, perhaps because of the variety, the flexible hours, the independence, and the availability of jobs.

‘Our own data suggests that women are now in the majority within our business, and we fully expect this trend to be reflected nationwide within the next four or five years.

‘Stories surrounding the lack of dentists in the UK have continued to appear.

‘Not only does a rise in the number of women entering the industry help to address this shortage, but it corrects a gender imbalance that had been blighting the industry for centuries.’

According to the Medical Dental Defence Union of Scotland (MDDUS), there were 116 female dentists in the 1897 England Census, although none held a licence in dental surgery (LDS).