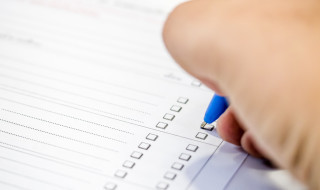 A dental patient was threatened with prosecution in a muddle over the controversial new ‘universal credit’ benefit.

The unnamed man, living in the St Helens area – filling in a standard form to claim free NHS treatment – was advised to tick the box marked ‘income-based jobseeker’s allowance’.

There was no box for universal credit, the much-delayed project to merge six working-age benefits, which is being introduced gradually across the country.

Yet, a parliamentary debate was told, the man was billed and ‘threatened with county court action for a false declaration’ by the NHS Business Services Authority, which checks free treatments.

Labour MP Marie Rimmer asked ministers: ‘If that is the level of co-operation between different agencies at this stage, what hope is there for the future?’

The mix-up joins a catalogue of criticisms of universal credit, which was originally due to come in for all benefit claimants by 2017 or 2018.

Now the Department for Work and Pensions (DWP) does not expect it to be fully operational until March 2021 – while the independent Office for Budget Responsibility forecasts a further six-month delay.

Some NHS help with health costs claim forms have already been amended to include a specific tick box for existing claimants who have made the switch to universal credit.

However, a written parliamentary answer, last November stated that the FP17 dental treatment claim form would only be amended ‘in due course’.

It said: ‘A patient can make a claim for entitlement by ticking the “gets income based jobseekers allowance” on relevant forms.

‘Guidance for both the public and healthcare practitioners (such as pharmacists, dentist and opticians) has been included on NHS Choices with links from the Universal Credit webpages on Gov.uk.’

The prosecution threat for the dental patient emerged during a debate in which Ms Rimmer, Labour MP for St Helens South and Whiston, condemned ‘the incompetence of the programme’.

She warned: ‘One of my constituents was previously in receipt of jobseeker’s allowance and was subsequently moved on to universal credit.

‘He was billed and pursued by the NHS Business Services Authority and threatened with county court action for a false declaration.’

But work minister Priti Patel insisted the benefits system her Government had inherited ‘was fragmented and there was little incentive for people to take up even a few more hours of employment.’

She added: ‘Under universal credit people can benefit as soon as they start to work.

‘It is a simpler system to understand.’

Ms Patel did not respond to the specific complaint of a man being threatened with prosecution despite the dental claim form lacking a box for universal credit.