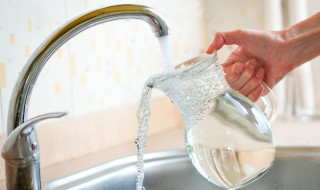 The Health Minister responsible for dentistry has backed mass fluoridation of tap water to cut tooth decay – but warned MPs will never vote for it.

Alistair Burt said he was ‘perfectly convinced by the science’, which concludes there are huge benefits to oral health from adding fluoride, which currently reaches just 10% of the population.

But, speaking in a Commons debate, Mr Burt reminded MPs that fluoridation had been debated ‘bitterly’ at Westminster as far back as the 1980s.

And he said: ‘I do not think there is any prospect of pushing the matter through the House at present.

‘I am perfectly convinced by the science and that is my personal view, but this is a matter that must be taken on locally.’

With the axing of strategic health authorities in 2013, decisions on whether to fluoridate water now rest with local councils, directly answerable to suspicious voters.

Public Health England (PHE) pulled the plug on a proposed scheme in south Hampshire – despite its firm belief in the benefits – because of the lack of support from Southampton City Council.

‘However, as the House knows, the matter is not in my hands.

‘Local authorities now have responsibility for making proposals regarding any new fluoridation schemes.

‘I am personally in favour.’

The comments came during a debate on what Sir Paul Beresford, the chairman of the All-Party Parliamentary Group on Dentistry, called the ‘disgrace’ of child dental health.

Sir Paul poured scorn on growing support – including, apparently, from David Cameron – for a ‘sugar tax’, partly to cut rates of dental caries.

He said: ‘I wish it were that simple.

‘I personally believe that that would not make one iota of difference after a few months.

‘One need only stand in the supermarket watching the kids pushing the mothers for sweets and the mothers feeding them to realise that.’

Instead, Sir Paul called for:

Extent of dental caries a ‘disgrace’

Sir Paul said: ‘The extent of dental caries among children in England is sad and it is a disgrace.

‘It has been a disgrace for decades.

‘It is preventable and, if we prevent it, we can make considerable savings to our health service and save the pain and suffering of England’s children.

‘Minister, it is in your hands.’

In response, Mr Burt agreed the consequences of caries among children in poorer areas is ‘horrific’ and ‘makes us weep’.

But he insisted overall levels of oral health in in five-year-olds is ‘better than it has ever been, with 72% of five-year-old children in England decay free’.

The minister added: ‘Between 2008 and 2012, the number of five-year-old children who showed signs of decay fell by approximately 10%.’