The GDC is spending hundreds of thousands cleaning up its offices 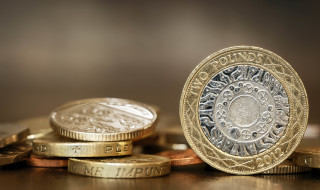 The GDC is spending hundreds of thousands cleaning up its offices

The GDC is not fulfilling its responsibility of trying to keep the ARF as low as possible, Seb Evans says.

As soon as it feels like we’ve all moved on and we can start talking about something else, the GDC makes the headlines again.

This time it is to do with the total cost of severance packages for General Dental Council (GDC) staff between 1 January 2015 and 19 January 2016.

According to a Freedom of Information request, the dental regulator spent £449,000 of registrants money on severance packages to 12 members of staff.

On the face of it, this seems like an extortionate figure, almost half a million pounds spent on changing staff at the dental regulator.

But it’s hard to comment without knowing who has left and who has stayed.

Julian English, editor of Dentistry magazine, argues that the GDC axed all of its communications staff along with other administration staff after the whistleblowing incident in 2015.

He continues by asking: ‘Where does the GDC get the remit to spend £449,000 of fee payers money on replacing experienced staff, just because of one bad apple, who was acting in the best interest of the profession?’

The GDC claims that the ‘organisational change’ was not specific to the whistleblowing incident and included a restructure of several directorates.

Many may argue that it is unfortunate Bill Moyes‘ name is not included in those who have been axed, and one has to question whether changing the communications and administration staff will really help to solve the issues at the GDC.

Despite the GDC claiming the severance payments are not to do with a whistleblowing incident, these problems are costing the regulator.

Another Freedom of Information request, anonymously sent into us, shows that the GDC spent £350,466.92 on fees associated with the 2014 Hudson report into whistleblowing.

The GDC’s is spending registrant’s money to clean up its offices – and it’s not negligible amounts – it stretches into hundreds of thousands each time.

It’s no wonder the GDC has to keep the annual retention fee (ARF) so high for so long.

I wonder what percentage of the ARF goes on redundancy payments to in-house whistleblowers?

Evlynne Gilvarry said that the GDC had a responsibility to keep the cost of regulation down.

The dental regulator is not fulfilling that responsibility at the moment.