Is it time for Bill Moyes to step down from the GDC? 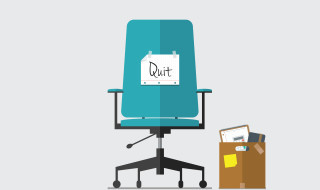 Is it time for Bill Moyes to step down from the GDC?

Seb Evans says, with everything that’s happened at the GDC, enough is enough, Bill Moyes should step down.

I must admit to really hoping the General Dental Council (GDC) might have changed its ways recently.

Towards the end of last year it seemed as though the GDC was making every effort to clean up its act, with Evlynne Gilvarry, speaking to dentistry.co.uk just after she had announced she would be stepping down as chief executive of the GDC, even promising a drop in the annual retention fee (ARF) in the future.

But I can’t help but feel pessimistic about the future of the dental regulator while Bill Moyes is still the chair.

The GDC launched its corporate strategy for the next three years recently to show how the regulator plans to improve its performance and efficiency.

Launching the strategy, Bill Moyes said: ‘In this document we’ve given people we deal with – patients, partners, dental professionals – a sense of what we want to be doing in the next three years, but it also gives us a framework with which much more detailed business planning will be done each year.’

At the launch Bill Moyes was keen to sidestep an uncomfortable question from Peter Ward, chief executive of the BDA, over the number of lay people working at the GDC, choosing to ignore the question and move onto something else rather than answer the point.

Bill Moyes was also singled out in the damning report into whistleblowing at the GDC, with the PSA pointing out that:

The whole board was asked to resign recently in the House of Lords by Lord Hunt who, when talking about the PSA’s lack of confidence in the General Dental Council (GDC), said: ‘I understand that the chief executive has resigned but no one else on the board seems prepared to take responsibility for a culture that has clearly lasted over a good many years.

‘That is not acceptable.’

In my mind there seems to be one common denominator at the centre of all of these issues, and that is Bill Moyes.

Many will see the way Bill Moyes sidestepped the question from Peter Ward at the GDC’s corporate strategy launch as epitomising the way he has been at the GDC: putting up a smokescreen to any problems at the regulator.

He has been asked on numerous occasions by people in and out of the profession to step down.

To use the words of Mick Armstrong, BDA chair: ‘Enough is now more than enough, Dr Moyes (the GDC chair) must go.’