GDC rejects Lord Hunt’s call for board to resign 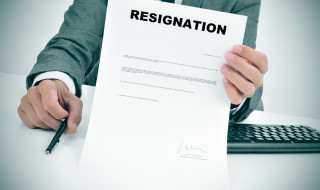 GDC rejects Lord Hunt’s call for board to resign

Bill Moyes responds to Lord Hunt’s calls for the boards’ resignation, after the GDC was discussed in the House of Lords.

Discussing the PSA’s lack of confidence in the General Dental Council (GDC), Lord Hunt explained: ‘I understand that the chief executive has resigned but no one else on the board seems prepared to take responsibility for a culture that has clearly lasted over a good many years.

‘That is not acceptable.’

Speaking for the launch of the General Dental Council’s road map for 2016-2019, Bill Moyes, chair of the GDC, told Dentistry.co.uk: ‘We think he (Lord Hunt) is badly briefed, because actually quite a lot of the events that the PSA has been dealing with happened before this council was appointed.

‘I’m going to be writing to Lord Hunt and pointing out that some of the briefing he got was maybe not as accurate as it might have been.

‘Over the last two years we have done a lot to change and our performance is visibly improving.

‘The data’s not all in the public domain yet, but I’m confident when it gets in people will be surprised at the scale of improvement achieved.’

Concerns have been raised by the British Dental Association (BDA) over the GDC extending its remit.

The General Dental Council (GDC) has proposed to have a role in ‘improving the quality of dental care’, to extend the role of the Dental Complaints Service (DCS), to consider the development of ‘quality metrics’ in dentistry, and to ‘enable patients to find out more about their dental professionals from the register’.

Whilst discussing the launch of the GDC’s road map, Dentistry.co.uk questioned Bill Moyes on this.

‘I don’t personally accept the argument that our remit is confused,’ Bill Moyes said.

‘The legislation is pretty clear, our first duty is to protect patients.

‘We’re also meant to maintain the standing of the dental profession, which we interpret as meaning that we have to weed out people who are not doing good dentistry and try to help them.

‘We have to set standards, we have to inspect education establishments, like all public bodies we have to run ourselves efficiently, economically and effectively.

‘If you asked me to write down our remit, that’s the kind of thing I’d write down.

‘I think the more difficult issue is, as public expectation is changing, and as the dental profession is changing in its structure, what do these big statements about our remit mean in practise.

‘And I think that’s what this document (the General Dental Council’s road map for 2016-2019) is starting to try to develop.

‘You can’t protect patients really without talking to patients.

‘The word protect can mean different things to different people.

‘What we’re trying to say in this document is, we think the remit’s clear enough, it’s laid down in legislation and is not going to change, but the meaning of what the remit is in practise needs to be explored in much more detail.’