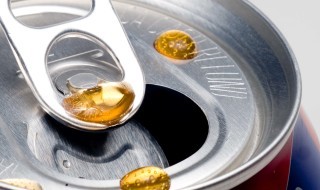 The Faculty of General Dental Practice (UK) is backing calls for sugary drinks to be taxed. The proposal, which came to national attention with a high profile campaign by the chef Jamie Oliver and the Action on Sugar group of medical and nutritional specialists, has already been supported by the House of Commons Health Select Committee and is recommended by Public Health England (PHE) as one of a series of measures to reduce the nation’s sugar habit.

In the UK, sugar consumption has increased 31% since 1990 and now contributes 12-15% of total energy intake, yet the government’s Scientific Advisory Committee on Nutrition (SACN) says this should be no more than five per cent. The Faculty endorses the use of a ‘sugar tax’ as part of a programme of measures to help tackle a wide range of sugar-related illnesses, including tooth decay (particularly among children), obesity, type-2 diabetes, heart disease, stroke and some cancers.

Tooth decay, the softening and eventual loss of tooth enamel resulting in cavities, is caused by acid produced when sugar and oral bacteria combine. One in eight three-year-olds has tooth decay, rising to one in three 12-year-olds, and nearly two-thirds of 15-year-olds have or have had decay. Around 67,000 children a year have teeth removed under general anaesthetic, and tooth extraction is the number one reason why young children are admitted to hospital.

The FGDP(UK) believes the need for action is so acute that the government should adopt all the measures recommended by Public Health England in its forthcoming obesity strategy, and says the money raised by a sugar tax could provide an opportunity to fund programmes and initiatives which may help the public to make better health choices.

FGDP(UK) dean, Dr Mick Horton, said: ‘Tooth decay is entirely preventable, and its prevalence highlights the dire need to educate and enable people to practise good oral hygiene and improve their diet. Taxing sugary drinks would help create an environment in which the healthier choices are also the cheaper and easier ones, and would provide an opportunity to invest more in preventing ill health in the first place. In addition to the measures suggested by the PHE report it is also essential that the public, and especially parents, are able to access the advice and support they need. General dental practitioners are not just there to treat a problem once it has occurred but are able to provide preventative advice and information to promote good health.

‘Our sugar-related health crises will only get worse if we continue to shy away from bold action. SACN’s advice on the need for sugar reduction, and Public Health England’s recommendations on how to do it, are clear. It’s time for the government to show real leadership on this issue, and bring in a sugar tax.’