Dental therapists back ban on junk food adverts before watershed 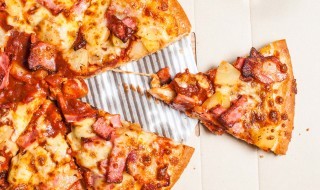 Dental therapists back ban on junk food adverts before watershed

The British Association of Dental Therapists (BADT) is backing a call for the ban on junk food adverts screening on TV before 9.00pm.

Last week, the British Heart Foundation called on the government to introduce a ban on junk food advertising before the watershed as part of the Childhood Obesity Strategy expected later this month.

In its analysis, it estimated that millions of children are being exposed to adverts promoting unhealthy food and drink during popular shows such as X-Factor and Hollyoaks.

The heart charity suggested that loopholes in regulations that mean that food companies can advertise foods high in fat, saturated fat, sugar and salt during programmes watched by children because current rules only bans them during children’s programming. Any adverts falling in adult airtime is accepted.

Fiona Sandom, president of the BADT, said: ‘These findings coincide with a US study that reveals yet more evidence to support the claims that food advertising has a strong influence on the eating behaviour of children, particularly when it comes to junk food.

‘The evidence substantiates what many of us have suspected for a long time and we are doing children a disservice if we fail to protect them. Dental decay affects a child’s ability to speak, eat and learn and is the primary reason for children being admitted to hospital for general anaesthetic, In my experience, intervention and education must go hand in hand if we are to succeed in improving the dental health of our children.

‘The recent results from Designed to Smile, the Welsh government’s national programme to improve children’s oral health, demonstrates that with an approach that includes supervised toothbrushing activities at home, fluoride varnish programmes and oral health education sessions that also focus on nutrition and healthy food choices, we can make improvements.’

During the most recent series of X-Factor, the British Heart Foundation found more than 90 adverts for foods high in fat, saturated fat, salt and sugar, such as Cadbury chocolate, Doritos crisps, Kinder chocolate, Chicago Town pizzas and Haribo sweets, all of which are banned during children’s programming.