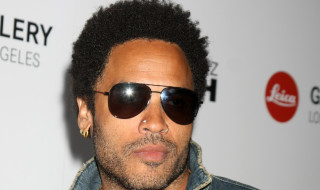 A dental clinic sponsored by Lenny Kravitz has been raided by police, after it was alleged that it did not possess the appropriate permits to operate.

The clinic in Gregory Town on the island of Eleuthera in the Bahamas, was shut down on its final day of operation as a result of alleged ‘illegal operation’.

Eyewitnesses stated that police and immigration officers arrived at the clinic at around 3pm local time on Monday 15 December, around two hours before the end of the four-day clinic.

Officers reportedly gave the dental team 15 minutes to cease operation and pack up their equipment.

According to a police report published by local newspaper The Eleutheran, ‘Police received a report that there was a group of persons operating an illegal clinic at the Catholic Hall in Gregory Town.

‘As a result officers visited the location along with immigration officers.

‘While there they spoke with Mr Kravitz who reported he was hosting the free clinic through his Let Love Rule Foundation, in conjunction with the GLO Good Foundation.

‘Mr Kravitz was not able to produce documentation authorising the event; as a result he was informed that he was in breach of the Immigration and Public Health Acts and was instructed to cease all operations until proper authorisation was obtained.’

According to The Eleutheran, once the proper documentation has been obtained, the clinic will be back in operation in the New Year.

1644d
|
Celebrity News
Dentistry Online uses cookies to give the best experience. If you continue to use our site, we will assume that you agree to the use of such cookies. Read More.
Accept