New powers for the GDC 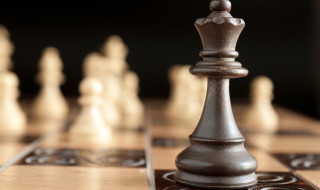 New powers for the GDC

The General Dental Council has been given the go-ahead to make changes to its fitness to practise proceedings, Sophie Bracken reports.

An order has been laid before Parliament granting the General Dental Council (GDC) new powers related to its process of investigating fitness to practise (FtP) cases.

According to a statement from the GDC, the new powers are intended to enable swifter investigation once a FtP complaint arises, as well as improving the efficiency of the FtP process.

A significant rise in FtP complaints over recent years has led to a backlog of cases at the GDC; during 2014 the council held a backlog of 750 cases, with the median time from initial complaint to final hearing determination taking a staggering 100 weeks.

Additionally, in its 2014-2015 performance review of healthcare regulators, the Professional Standards Authority noted that the GDC did not meet eight of the 24 Standards of Good Regulation, relating to the GDC’s registration and FtP functions – the highest failure rate of all regulators assessed.

The GDC’s new powers come about as a result of the council’s proposal to amend the Dentists’ Act 1984, which governs the current FtP process, and recognition by the Department of Health in 2014 for the need to change the system. A Section 60 order to amend the Act has now been passed, granting the GDC its new powers, which come into effect in summer 2016.

What this means is the GDC can appoint case examiners that will be given the power to decide cases at an earlier stage than at present. The order has also been laid before the Scottish Parliament.

‘This is a milestone for the GDC’, commented Evlynne Gilvarry, chief executive and registrar of the GDC.

‘These long sought new powers will lead to a more streamlined complaints system with timelier decisions, and with appropriate safeguards for both patients and dental professionals.

However, the GDC’s new powers will extend beyond the ability to deal with FtP cases in a timelier manner.

The amendments to the Dentists’ Act 1984 will also give the GDC the power to review closed FtP cases where the council believes it is in the public interest, where the decision may be flawed or where new information comes to light.

‘We welcome these new powers as a first, important step in modernising our fitness to practise processes and we will continue to make the case for more fundamental reforms in the interests of patients and professionals’, Evlynne Gilvarry said.

A consultation process on the introduction of amendments to the Act opened on 17 November 2014, closed on 12 January 2015 and was published on 19 November 2015. The results of the consultation showed that 74% of responders agreed the GDC should be provided with a power to introduce case examiners in to the FtP process, who will have the ability to exercise the functions of the Investigating Committee.

However, 7% did not agree with the introduction of case examiners, believing it provides the GDC with the power to become ‘judge and jury’ and there is a danger that the independence of decision-making may be lost, as the case examiners will be officers of the council.

Additionally, 12% of responders were unsure whether case examiners should be introduced because of a reduction from a three-person panel to a two-person case examiner decision, or would like to see an overhaul of the regulatory system as a whole.