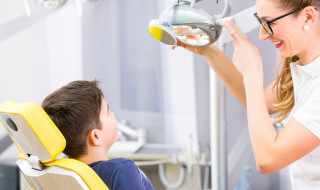 Children in special schools have fewer decayed teeth than children in mainstream schools but those affected have more severe decay.

‘We are pleased that Dr Sandra White, director of Public Health England, has said that local authorities and NHS England should provide dental services with specially trained staff who can cater for the multiple complex needs of these children,’ Claire Stevens, spokesperson for the British Society of Paediatric Dentistry (BSPD), said.

‘Paediatric dentists have the skills and commitment – we just need enough of us and in the right locations.’

Of the five-year-olds, 22% had experienced dental decay and this compares to 28% of children in mainstream schools in the 2012 survey.

Other key differences include:

‘Our members provide a service for all children aged from birth to 16 and we are pleased to have this useful information about the oral health of this important group of vulnerable patients,’ Claire Stevens, consultant in paediatric dentistry in Manchester, said.

‘We also welcome the endorsement of our role from the Public Health England epidemiology team at a time when commissioning of services is front of mind.

‘We hope that local health authorities, which now have responsibility for commissioning services will bear the needs of this cohort of patients in mind and ensure they can benefit from access to specialist services.’