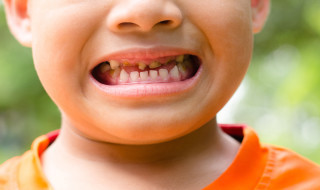 Children’s tooth decay is a ‘postcode lottery’, a new report has found, and therapists are calling for a health summit to address the crisis.

The report – by the charity, the National Children’s Bureau – shows a huge gap in levels of oral health as well as obesity, injury and early childhood development for under-fives across the country.

It confirms that the health and development of children under five is closely linked to the affluence of the area they grow up in, with those living in deprived areas far more likely to suffer poor health.

‘There has been much activity of late with many interested parties lobbying for more to be done to fight this health crisis within dentistry – the British Dental Association (BDA), the British Society of Paediatric Dentistry (BSPD) and the British Association of Dental Therapists (BADT) are all behind various campaigns to turn the tide of children’s tooth decay figures, especially in poorer areas of the country,’ Fiona Sandom, president of the BADT, said.

‘Elsewhere, the pressure groups, Action on Sugar, and, more recently, Jamie Oliver, are also campaigning vociferously, with the British Medical Association approaching it from a different angle by demanding a 20% tax on sugary drinks to fight the obesity epidemic.

‘Jimmy Steele addressed the problem in his BDA Anniversary Lecture in July when he said that, although there has been a profound reduction in the prevalence of tooth decay, major inequalities still exist across the UK and suggested that prevention has to be the way forward, acknowledging that “inequality appears to be getting more pronounced, but we will not be able to treat away the difference”.

‘Five years on, we now need some joined-up thinking to address the associated health issues – including tooth decay – for which our children and the NHS are paying a heavy price.’