Smoking ban could have a positive effect on oral health 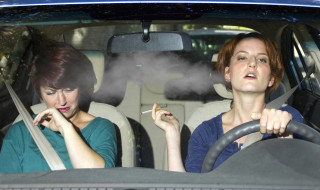 Smoking ban could have a positive effect on oral health

A ban on smoking in vehicles with passengers under the age of 18 will start on Thursday 1 October 2015.

The British Dental Health Foundation (BDHF) has claimed this move will have a profound effect on the oral health of children, with the charity believing that passive smoking can put children at risk of tooth decay and problems with oral health development.

‘Within a confined environment, such as a car, children are exposed to higher concentrations of harmful chemicals if somebody is smoking,’ chief executive of the BDHF, Dr Nigel Carter OBE, said.

‘Research has shown that a single cigarette smoked in a car with closed windows produces 11 times higher levels of second hand smoke than in an average bar where smoking is permitted.

‘This is extremely dangerous to anyone within that car, especially children whose dental health is still developing.

‘Everybody is aware of the dangers of smoking to our health, but often overlook the effects on our mouth, gums and teeth.

‘Smoking is the leading cause of mouth cancer, which kills almost seven thousand people in the UK annually.’

Under the new laws, anybody who is caught smoking in a car with somebody under the age of 18 can be issued an on the spot fine of £50.