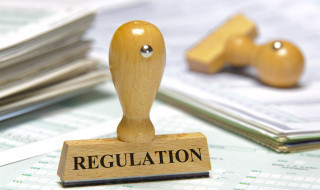 The Professional Standards Authority has called on the Government to act out-of-date regulation.

Backing the calls, Mick Armstrong, chair of the British Dental Association, said: ‘There are over a million regulated healthcare practitioners in Britain, serving tens of millions of patients.

‘And it’s come at a cost, in time and money, and patients and practitioners deserve better.’

The General Dental Council (GDC) recently came bottom of the league in a performance assessment of nine healthcare regulators.

The GDC, the regulator for the dental profession, has also recently faced a judicial review court hearing and a House of Commons Health Committee hearing on its performance.

‘Bosses at the major healthcare regulators are in receipt of salaries larger than the Prime Minister’s,’ Mick Armstrong continued.

‘The people running these fiefdoms are enjoying power without responsibility, and it’s about time they put patients first.

‘We need to see a clear focus on the fundamentals.

‘Too many regulators have lost the confidence of their professions.