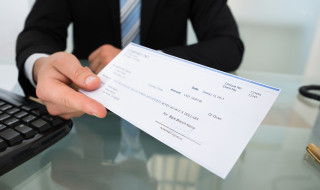 The NHS paid out more than £1.1 billion in compensation to patients involved in medical negligence claims for 2014/15.

That’s according to the NHS litigation authority’s (NHSLA) accounts for 2014/15 and the Medical Defence Union (MDU) has gone on to claim the money could have funded more than eight million MRI scans, or 730,000 weight loss operations for obese patients, or 61,000 liver transplants.

‘The cost of care is the main reason for the staggering negligence bill,’ Dr Michael Devlin, MDU head of professional standards and liaison, said.

‘The money paid is no reflection on clinical standards, which remain high, but it reflects the unsustainable cost of private sector health and social care packages.

‘We have to stop money haemorrhaging out of the NHS in compensation awards.

‘These figures only accentuate the need for a complete rethink of personal injury law.

‘The news that the NHS paid out over one billion pounds in negligence compensation in the year to March 2015 is startling enough.

‘More worrying is that the NHSLA estimates the money needed to settle all clinical negligence claims is 24 times this amount.

‘We calculate that figure is likely to double within seven years.

‘While these amounts won’t have to be paid out all at once, they will need to be paid eventually.

‘The NHSLA estimates its known and estimated liabilities are £28.3 billion, and this figure has more than doubled since 2009 when it was £13.4 billion.

‘The heart of the problem is an outdated legal system.

‘A law made the same year the NHS was founded, means that defending bodies like the MDU and NHSLA are expected to fund compensation awards in the independent sector.

‘This cannot be fair when it means billions of pounds leaving NHS funds to provide independent sector care for just one person. The law must change.’