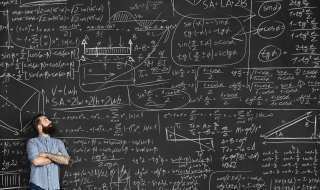 Kevin Lewis explains why a 24/7 GP service has been suggested, but questions how it will work.

The best professional journalists have a happy knack of finding the right words at the right moment to persuade us of things that we knew already but had not realised we knew. They give us the credit for reading between the lines.

This time in The Times it was Alice Thomson who hit the spot.

‘During the election campaign if you listened very carefully you may have heard scraping and knocking coming from the bowels of Westminster. This would have been Jeremy Hunt, the Health Secretary, who was incarcerated for the entire campaign, effectively locked up and told not to say a word about the NHS. The Tories didn’t want to risk it…they promised £8 million more and then shut up. The electorate, they knew, was still uneasy about the Tories and the NHS. The issue wasn’t a vote-winner.

‘But now that the election is over, Mr Hunt has been let out blinking into the sunshine and David Cameron has devoted his first major speech not to the Scottish or European questions, but to health.’

David Cameron had been reaffirming his electoral determination to recruit 5,000 additional GPs and ensure a 24/7 medical GP service. It was hardly surprising this was greeted by howls of derision from The Royal College of Nursing and the British Medical Association’s (BMA’s) GP committee. The latter referred to it as the Prime Minister’s ‘surreal obsession’ with weekend GP appointments, when there aren’t enough GPs to cope with existing demand.

It appears the Government is on a collision course with the medical and nursing professions and those who spend most of their lives in primary care.

Everybody knows the main drivers for this are firstly; the fact that GPs can’t fit sick people into their schedules because they are too busy writing sick notes for healthy people and finding additional boxes to tick to meet the insatiable demand for targets. And secondly, the hope that GP surgeries working 24/7 can soak up the pressure and demand that would otherwise manifest itself as human pyramids forming in hospital waiting areas, and queues stretching out of the door at peak times. The rationale is that there are many more GP surgeries than A&E departments.

What the Government is expecting is a greater flexibility of approach. The same kind of flexibility of work patterns that many people working in other sectors accept as being part of modern life and that healthcare professionals expect of others in their daily lives.

Ah, well that’s alright then. We are not expecting the same doctors to work these extended hours – we are expecting medical GP practices to deliver a 24/7 service by operating a shiftwork system. Anyone familiar with such arrangements will know that you need a lot more people than you think at first sight. Look no further than – as it happens – the NHS’s own hospital system.

Who better to ask, then, but Simon Stevens the chief executive of the NHS. He recently spoke at the King’s Fund (during normal working hours, in case you were wondering) and was bemoaning the fact that temporary staffing agencies were ‘ripping off’ the NHS, after the annual cost of recruiting this backup resource exceeded £1 billion – this being more than double what the NHS had budgeted for.

‘We have this huge and unaffordable run-up in agency staffing, with the result that many hospitals are being ripped off by staffing agencies,’ complained Simon Stevens, adding that ‘the only way we’re going to be able to tackle that is by hospitals acting collectively and setting (pay) limits.’

Offering less money will inevitably reduce the supply side of the equation and may not fix anything more than the hole in the NHS budget. Then there is the small matter of which agency staff are still going to be available once you have stripped the rate of pay back to bare minimum.

It is depressing how rarely the quality of care ever gets mentioned in this debate and also depressing that all the thinking is so dreadfully short term. There are political brownie points to be gained by promising patients 24/7 access to their local GP surgery. Seems like a great idea until you start to realise you have a better chance of winning the lottery than finding that your own GP happens to be the one on the rota at the very moment you need him (or her) at 3am.

It is also inevitable that in the improbable event your own GP is brandishing a stethoscope in the early hours of the morning, it is even less likely that he or she will also be auscultating during normal surgery hours on the days either side of this. So stand by for all the complaints that people can no longer get to see their own GP any more.

It is of course a well recorded and widely reported fact that more adverse incidents occur in work situations where staff are working in unfamiliar environments, alongside people they don’t know well and where the patients and those treating them have never met before. The NHS appears to be hell-bent on converting the whole of primary and secondary (and tertiary) care into just such an environment.

I guess that the point I am making in between all of this meandering, is that things are not as simple as they might first appear. The healthcare desert is strewn with the bones of those who innocently believed that healthcare was subject to the normal rules of basic arithmetic. The sums never add up and never will. There is no quick fix waiting to be discovered, because the issue has little to do with the delivery of healthcare services and how to organise it and fund it, and everything to do with managing public expectations and demand, so good luck with that.

Politicians who promise or suggest that a quick fix can be delivered are fuelling even greater expectations, just when we are so obviously failing to meet existing expectations. Unfortunately, they are setting healthcare professionals up to fail too, and when the finger of blame starts to be wielded, rest assured that the politicians will have disappeared out of sight and safely out of the firing line. If you are interested in where precisely they disappear to, Jeremy Hunt is apparently the man to ask.

Alina Grossman explains what a life coach does and how they can help the dental profession achieve its goals. Triggered…