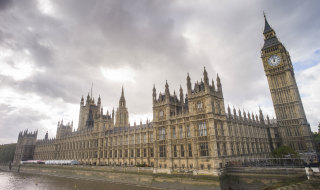 MPs will come face-to-face with the dentistry minister again, after David Cameron dropped the experiment of giving the job to a peer.

The popular Alistair Burt – returning to the Government, 18 months after he was surprisingly sacked – will be responsible for all primary care, including dentistry.

The veteran Mr Burt, a social security minister under John Major, lost his Foreign Office brief soon after MPs rebelled against the Government’s plan for military strikes against the Syrian regime.

He replaces Earl Howe, who led on dentistry from the House of Lords, who has been shifted to a minister of state’s job at the Ministry of Defence.

The switch means MPs will be able to ask direct questions of the new minister.

Previously, a minister in the Commons – Dan – was only responsible for some issues, including regulation.

The list, published by the Department of Health – while mentioning GP contracts – made no mention of slow progress on long-promised new contracts for dentists.

Mr Burt said: ‘I am delighted to have been appointed as minister of state at the Department of Health.

‘Our NHS and social care services are full of remarkable individuals doing work that touches the lives of many people.

‘I am looking forward to listening to those involved and doing all I can to ensure the Government plays its full part in the further development of these vital services.’

Meanwhile, in his first big post-election speech, David Cameron suggested the key dentistry problems he inherited in 2010 were now ‘well on their way to being sorted’.

The prime minister, renewing his pledge to create a ‘seven-day NHS’, pointed to ‘challenges’ including A&E pressure, the rising cost of social care and the growing numbers of people with dementia.

And he said: ‘These are the things we do talk about.

‘But then there are the things we don’t talk about so much today – because they are well on their way to being sorted.

‘Remember the column inches that used to be given over to hospital acquired infections, the cover-ups of hospital scandals, the queues for the dentist, the mixed sex wards?’

The BDA said Mr Cameron was ‘talking sense about lessening bureaucracy’ in some health professions, but criticised him for not making dentistry ‘part of this debate’.