BDA calls for action on ‘unfinished business’ with the GDC 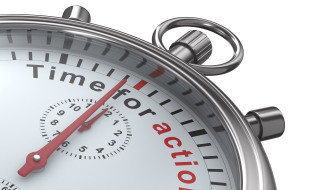 BDA calls for action on ‘unfinished business’ with the GDC

This letter follows a 12 month period in which the troubled regulator, the General Dental Council (GDC), has come under sustained criticism from the dental profession, the courts, parliament and the Professional Standards Authority.

‘Professional regulation cannot get bumped to the bottom of the in-tray for the health team,’ chair of the BDA’s principal executive committee, Mick Armstrong, said.

‘The unambiguous and sustained failures at the General Dental Council are unfinished business, and require a clear response.

‘Over the last 12 months the GDC has come under unprecedented scrutiny, by the courts, by the PSA and by parliament.

‘And in each case it has been found wanting.

‘Last week’s election must not offer an opportunity for a failing regulator to wipe the slate clean.

‘In spite of near universal criticism, the current office-holders have failed to show insight or contrition.

‘Nor has anyone admitted culpability or responsibility.

‘It is our belief that until these basic credibility matters have been addressed, the GDC will be unable to fulfil its duty to protect patients.

‘It is time for a fundamental review of dental regulation.

‘It must start by looking at accountability, but the profession is clear that there needs to be a much broader overhaul of the way that dentistry is regulated across the United Kingdom.

‘Patients and practitioners deserve a process of regulation that is fair, proportionate and transparent that the GDC in its current form is simply not delivering.’

The BDA has now written to the Secretary of State asking him to launch a fundamental review of dental regulation.