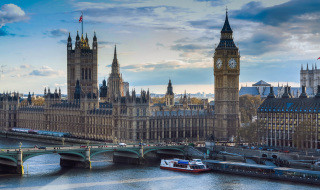 Last week’s general election gave the country its first all-Conservative government for 18 years, so what can we expect?

The consensus of opinion at the BDA Conference was, as far as dentistry is concerned, not a lot.

There is some validity in this view as the minister responsible for dentistry (Lord Howe) was a conservative, as was the Health Secretary (Jeremy Hunt) and NHS minister (Dr Poulter).

Even if there are new ministers, they may well follow the line taken by their (Conservative) predecessors.

No mention was made of dentistry in any of the party manifestos, so there appears to be little interest in reform, other than that which is under way.

But this may not be the whole picture and change could well be on the way, I believe.

First how secure is Cameron?

Much was made of his slim majority of eight, but in reality he has nearly 100 more MPs than Labour and even if you add in the Scots and Lib Dems, he still has a working majority of 30 or 40.

The only thing Mr Cameron has to fear over the next five years is a back-bench revolt, so he will be paying close attention to what they think.

In the last Parliament the back-bench Health Committee started to look at dentists and dentistry and did not like what they saw (inquiries into child oral health and the General Dental Council).

Following Tony Blair’s admission in his memoirs that he regretted not being more radical earlier, the accepted wisdom is that if you are going to make changes the sooner you do it the better.

The GDC is obviously ripe for reform and there is already a draft bill in existence, drawn up by the Law Commission, to bring all regulators under the same legislation.

Reform of the NHS dental contract is painfully slow with changes not to be rolled out until 2018/19.

Can we expect a bold Government to move on this?

But the question the whole of the NHS needs an answer on is funding.

Will the Government keep to promises made at the election, to give NHS England the funds it needs?

With a new CDO England to take post in the summer, rapid change could still be in the air.