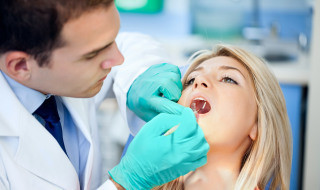 Professor Jimmy Steele has claimed the type B prototypes are closest to the approach he had envisaged.

Three of the authors of the 2009 Independent Review of the NHS Dentistry in England examined the progress of contract reform over the past six years in a session held today at the British Dental Association conference in Manchester.

‘It has been an interesting process and considerable progress has been made, albeit more slowly than we and many others might have anticipated,’ Professor Steele said.

‘I think we are now broadly happy with the concept and operation of the pathways and risk evaluation though there are still a few things to iron out.

‘The development of viable prototypes is now a very important step.

‘There are two models and it is fair to say that the type B prototypes, where disease prevention and management are grouped together under capitation, are probably closest to the approach that we had envisaged.

‘It means that it is in both the dentists’ and patients’ interests to reduce the amount of routine treatment.

‘It also makes sense that the more complex rehabilitation treatments are part of an activity payments as they are in both models.’

The 2009 review proposed a blended contract for primary care services where there was a mix between capitation, activity and quality payments and this was linked to a clear patient pathway based on risk and prevention.

Since then the profession has seen capitation and quality based pilots and there is now a move to prototype contracts which include activity in the blend.

Professor Jimmy Steele, Dr Janet Clarke and Dr Eric Rooney discussed the background to the 2009 review, the approach they took and what the review recommended and then mapped that to the current move from pilot contracts to prototypes.