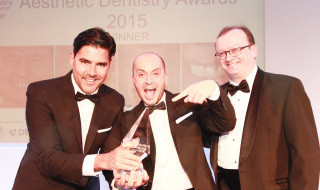 With more awards, more guests, and more glamour on offer than ever before, the Aesthetic Dentistry Awards 2015 were truly in a class of their own.

Held last month at the stunning Intercontinental Park Lane in London, the great and good of the UK’s restorative dental scene made sure it was an awards ceremony like no other.

More than 300 guests brought an air of rapt anticipation to the packed-out ballroom as they waited to find out who would be named Aesthetic Dentist and Technician of the Year 2015.

The usual standards of clinical excellence – that the Aesthetic Dentistry Awards have made their trademark – were on display as winner after winner were revealed, with dentist Federico Brunner and technician Petr Mysicka taking the top prize after picking up a slew of awards. The audience burst into enthusiastic applause as the delighted pair were invited back to the stage to claim the title – their fourth award of the night.

Presenting, chairman Chris Orr paid tribute to the keen competitiveness of the Aesthetic Dentistry Awards, saying: ‘Every year the shortlisting process becomes more and more difficult as the overall standard of entries also rises. So, when I congratulate the shortlisted entrants, I genuinely mean it!’

A collection for the Dental Wellness Trust – the event’s sponsored charity – brought in £446 – after the charity’s finance director Ellis Masters gave a heartfelt speech that highlighted some of the important work it carries out in underprivileged societies.

The black tie ceremony was the height of opulence, thanks to the generosity of its partners – Clark Dental, DMG, Philips Zoom!, Ultradex and Independent Seminars.

For many, the goodie bags provided to every guest by Ultradex were the icing on the cake, but every partner was an integral part of the evening, with company representatives even taking a turn on stage to reveal and congratulate the winners.

The Aesthetic Dentistry Awards will return in 2016 – for more information check back at the official awards website regularly!

Aesthetic Dentist of the Year 2015

Aesthetic Technician of the Year 2015 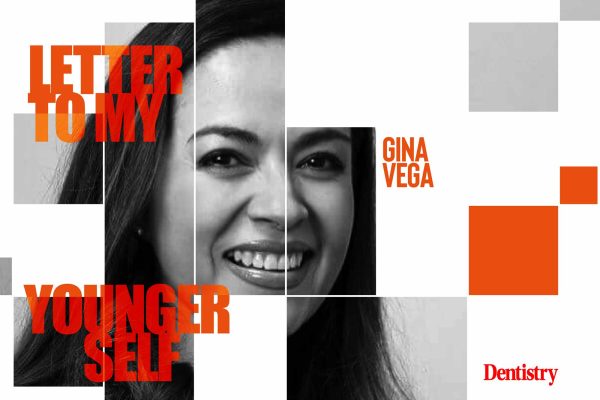