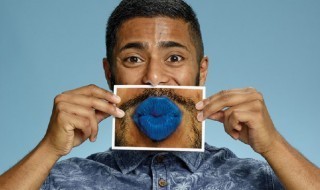 In addition to its annual support of Mouth Cancer Action Month, campaign sponsor Denplan has stepped up a gear this year by creating the Blue Lip Selfie campaign with the British Dental Health Foundation (BDHF).

By encouraging the public and profession to adopt blue lips as a visible sign of support for mouth cancer action, it is hoped this positive, interactive approach will significantly boost awareness of the disease.

‘We’ve been inspired by other hugely effective charitable campaigns such as the ALS Ice Bucket Challenge and No Make-up Selfie and their success in raising awareness and funds for serious diseases,’ said Steve Gates, Denplan’s managing director.

‘We felt that, with the significant increase in cases of mouth cancer over the last decade, it’s never been more important to get people talking about mouth cancer and encourage everyone to regularly visit their dentist.

‘That’s why we feel passionately about creating the Blue Lip Selfie campaign with the British Dental Health Foundation.

‘We chose blue lips as a visible sign of support to reflect the Mouth Cancer Action Month blue ribbon, and also because it’s striking, fun and unmissable.

‘It’s a fresh approach to an established annual campaign and we’ve seen a huge buzz in the industry about it already.’

Organised by the British Dental Health Foundation, Mouth Cancer Action Month promotes the message ‘if in doubt, get checked out’ in a bid to save thousands of lives through early detection and is supported by hundreds of dental practices nationwide.

This year the campaign is encouraging the public to be ‘mouthaware’.

‘The campaign provides an ideal platform for dental practice teams to engage with both existing patients and local residents,’ said Steve.

‘Practices can use blue lips as a visible sign of their support for the campaign and share photos on their social media outlets, as well as raising sponsorship money by wearing blue lipstick.

‘We’re very excited about the Blue Lip Selfie campaign and can’t wait to see the public and profession alike perfecting their pouts!’

To make it easy for everyone to participate, Denplan has created a special Facebook app at www.bluelipselfie.co.uk that will launch at the end of October.

Users can upload and customise selfies with fun blue cartoon lips using the app and share them on the gallery.

To boost the viral potential of the campaign, Denplan is also encouraging people to share their blue lip selfies on social media using #bluelipselfie.

‘To highlight the main reason behind the Blue Lip Selfie campaign, there is also an informative video on the app featuring real people who have survived mouth cancer – all because their dentist spotted signs of the disease early,’ said Steve.

‘By sharing these moving, yet positive, stories in the words of those who have experienced mouth cancer firsthand, we hope to pass on the message that mouth cancer is very treatable when caught early, as well as raising awareness of the disease, risks and symptoms.

‘We’re very grateful to all the contributors who shared their stories.’

The British Dental Health Foundation has set up a special Blue Lip Selfie Justgiving page for any donations or sponsorship money raised that will be specifically used for mouth cancer support groups.

‘It has, for many years, been a key support for the campaign.

‘This year it has hugely increased its support by creating the blue lip selfie app and we are hopeful that this idea will go viral greatly increasing the reach and impact of the campaign and generating significant funds to support mouth cancer sufferers.’