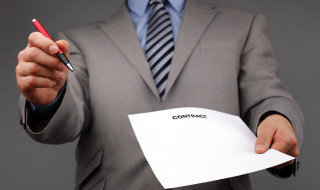 There is a strong rumour the new prototype reformed contracts are to be announced very soon.

Against the backdrop of recent engagement exercises, groups of local dental committees have developed a framework for an alternative reformed contract (ACR).

So what are the differences?

The ACR like the prototypes is a blended contract. All three incentivise access, activity and quality. The activity section in the ACR has eight bands making it more sensitive to increasing levels of complexity and recalibrates the remuneration system giving greater support to patient care. The ACR commissions prevention, including dental care, professional care and fissure sealants. It also addresses urgent care. The prototypes leave activity more or less as it was in the 2006 contract.

The prototypes are rigid compared to the flexing component of the ACR allowing activity to be exchanged for access within a limited range. In addition, the ability to exchange UDAs (units of dental activity) for more specialist care, domiciliary care, minor oral surgery and more complex endodontics, is absent in the prototype contracts.

The alternative reformed contract is by no means a perfect beast and is in need of piloting and refinement. There is some resistance to it in the profession and the jury is quite rightly still out on it at the moment. It is certainly not a dental nirvana, but put it up against the prototypes there is no contest.

Judge for yourself (see table).