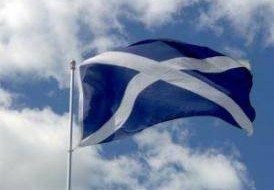 On holiday earlier this year, I met a couple from outside Glasgow who asked what I thought the outcome of their independence referendum would be.

Back in June my reply was that the ‘No’ side seemed so far ahead that it was likely they would win.

‘You might be surprised’, said the wife, ‘a lot of younger people want independence.’

I recalled this conversation on Sunday when I opened my paper to find that the ‘Yes’ campaign had nudged into a small lead.

There was I, thinking that the only thing that concerned me on September 18 was the all-important General Dental Council (GDC) meeting.

Now the consequences of the Scottish referendum may overshadow our discussions in the following days.

So many of the institutions of dentistry, the GDC, the British Dental Association and the Faculty of General Dental Practice, are UK-wide bodies.

Will they have to split up into Scottish and ‘rest of the UK’ branches?

The NHS in Scotland, as well as Wales and Northern Ireland, is already run separately, although largely funded from UK-wide taxation.

There have, for many years, been four chief dental officers across the UK, and NHS dentistry in Scotland has retained the pre-2006 contract and method of remuneration.

Will an independent Scotland be able to join the EU?

If not, will dentists be free to practise in either country, no matter where they qualified and are registered?

If the answer is ‘No’, the UK Government is now saying that more powers will be devolved; will this affect our profession?

Most people, especially in Scotland, say that the answer on the 18 September settles the matter for all time.

I think that, no matter what way the vote goes, on the 19 September, the questions will start.