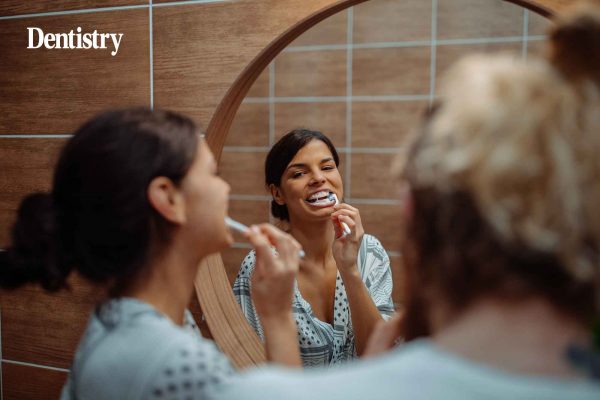 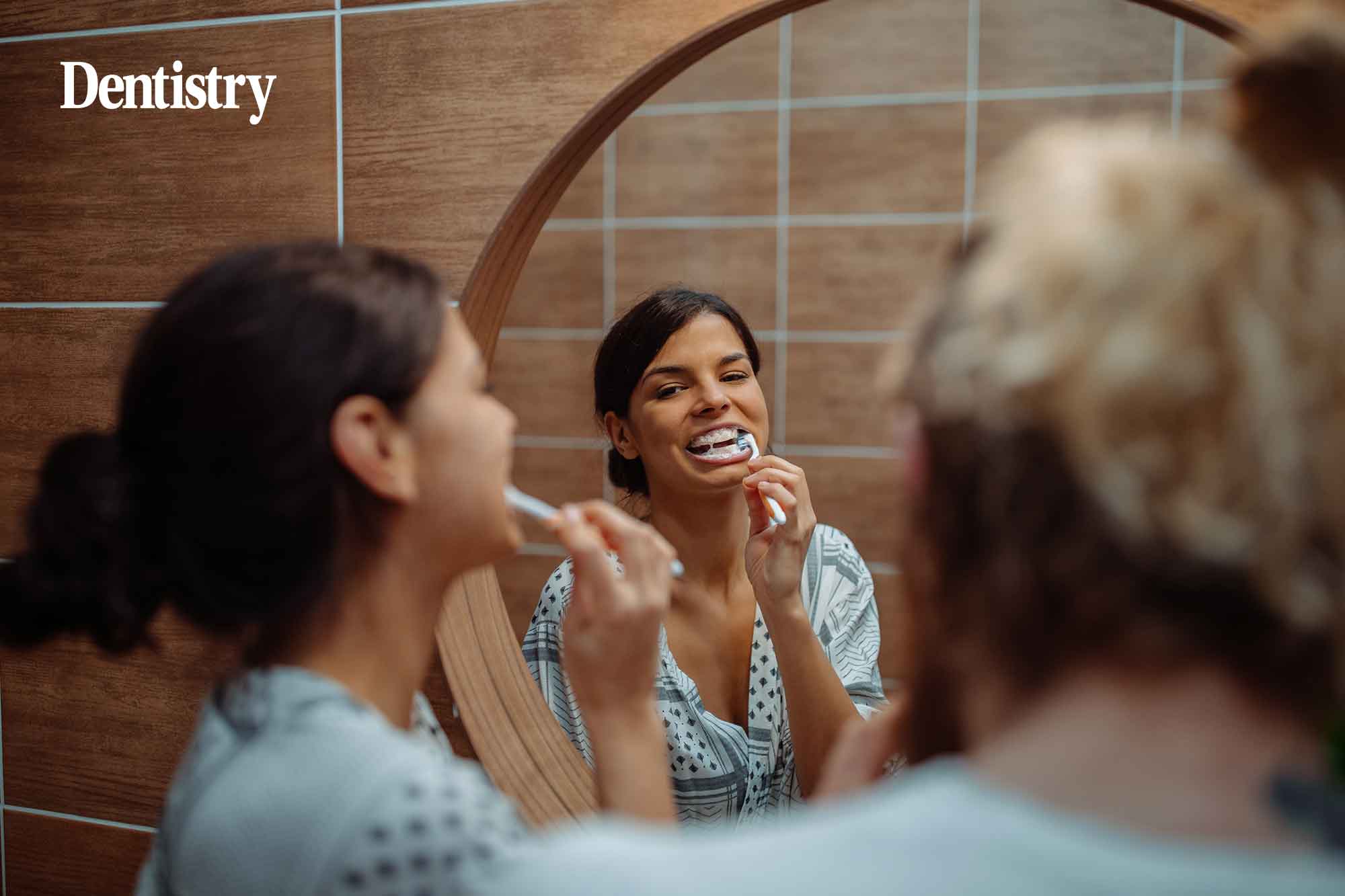 Caroline Holland takes a deeper look at Sunstar’s oral health survey and explores what it might mean for the future of dental care.

Around the world countries diverge dramatically on culture, colour, language, dress, diet and more. But, according to the largest global consumer study of oral health and dental care, a healthy mouth and an attractive smile are priorities shared around the world.

More than 15,000 people in countries across Europe, North and South America and Asia were interviewed on their oral care. Divided equally between men and women aged 18-65 and chosen to provide a nationally representative sample, the responses provide a fascinating perspective on oral hygiene attitudes and practices.

With so many different countries under scrutiny, each has its own healthcare system. Along with differing lifestyles and cultures. Therefore we should draw conclusions with caution.

However, there appears interesting common ground in a variety of findings:

The survey spanned questions on oral health attitudes and aspirations as well as treatments.

Around the world, populations report varying dental interventions, mostly fillings, but veneers and implants too. Prevalence of disease is high. As many as half the respondents have between one to 10 fillings and 22% are aware that they have gum disease.

Among the over-arching conclusions that we can draw from the wealth of data is that regular visits to a dental practice tend to result in a more positive attitude to oral health.

All three are also among the top countries for people reporting they have no problems with their teeth; the Netherlands leads the way when it comes to healthy teeth with only 13% saying they have tooth decay. And, of all populations in the survey, the Dutch are happiest with their teeth.

Also near the top of the leader board for regular visits to the dentist, as well as reporting no problems with their teeth or oral health, are Mexico (35%), Brazil (32%) and Argentina (30%).

By contrast, responses from Indonesia, reveal the second highest level of tooth decay at 48%. Compared to a global average of 28%.

Only 21% of Indonesians visit the dentist twice a year. The same figure for the number who say they have taken out their own teeth. The countries least likely to have attempted DIY dentistry are Japan, the UK and Spain.

Not surprisingly, there is a correlation between regular dental attendance and higher numbers of fillings and implants. In Germany for instance, only 5% of those aged 56-65 have their own teeth with no fillings or implants.

British politician and wartime leader Sir Winston Churchill allegedly said the United States and the UK are ‘divided by a common language’; it would seem the two countries are also divided by their attitudes to oral hygiene.

In the UK we are twice as happy with our teeth as the Americans (14% compared to 7%). Meanwhile, one third of people in the UK never forget to brush their teeth. This compares to 18% in the United States, which is bottom of the league for tooth erosion.

In addition to the Netherlands and Germany, other European countries included in the survey were France, Spain and Italy whose responses revealed some surprising variations:

By contrast, the three Americas countries included in the survey – Argentina, Brazil and Mexico – enjoy some common factors in their responses:

The countries in Asia that were surveyed – Thailand, Indonesia, Singapore, China and Japan – are more likely to report bad breath – 34% of Japanese say they have halitosis – and their populations are least likely to visit the dentist regularly or take advice from their dental practice.

The Japanese like sweet treats, sitting at the bottom of the list for avoiding sugary snacks and drinks. Not surprisingly, Japan (ranking equally with the UK) has the highest percentage of people with one to five fillings (47%).

In Singapore, the people have higher than average tooth erosion. They also report higher than average gum disease. But, with a government-run publicly-funded universal healthcare system, generally Singaporean oral health appears better than other countries in the region.

The Chinese appear to take great care of their oral health.

China uses the electric toothbrush more widely than anywhere else in Asia. There is widespread use of air-flossers and interdental cleaners. And many respondents say they avoid sugary snacks and drinks.

The survey, commissioned by global oral healthcare brand Sunstar, is timely; oral diseases are recognised as a major global public health problem affecting over 3.5 billion people. And yet they are largely preventable.

The Alliance for a Cavity-Free Future (ACFF) is campaigning to ensure that every child born after 2026 lives a life free of cavities. Whilst the World Health Organisation (WHO) has passed a new resolution on oral health designed to set a new global agenda.

Critical to that agenda is the recognition that we can link oral diseases to other non-communicable diseases (NCDs). Such as diabetes and heart disease.

By addressing the shared risk factors and integrating oral health within universal healthcare programmes, there is greater potential for positive change.

Martijn Verhulst, medical liaison manager for scientific affairs, welcomes the WHO resolution. He believes it should have a big influence on policy-makers.

‘I would like to see oral health integrated into healthcare,’ he says. ‘So that it is part of a universal system and either state-funded or reimbursed by insurers.

‘It’s our ultimate goal that oral health is included with other general health conditions that are preventable.

‘Chronic diseases such as periodontal disease and diabetes are diseases that progress painlessly and unnoticeably.

‘Periodontal disease and diabetes, in particular, have a negative impact on each other. They accelerate the deterioration of each other’s condition.

‘We need to help people better understand these chronic diseases (or NCDs as we also know them). Including periodontal disease, and promote preventive health habits among them.’

There is growing recognition of the link between gum disease and other chronic diseases in particular. A wealth of evidence is available for a bi-directional relationship between periodontal diseases and diabetes.

The inflammatory response triggered by periodontal disease affects regulation of blood sugar. While diabetes can contribute to the deterioration of a person’s periodontal status.

Sunstar’s founder, Kunio Kaneda died from diabetes-related complications. This makes the company particularly open to early diagnosis of the condition.

Sunstar commissioned a study in Spain asking adult patients visiting a dental practice a set of questions and giving them an HbA1c blood test.

Of the 1,143 adult patients, 97 were found to have undiagnosed diabetes or pre-diabetes.

This demonstrates that a simple screening protocol is a simple and efficient way to identify patients with undiagnosed diabetes or pre-diabetes. The fact that such a high number of respondents – 85% – support or are open to the idea that a dental practice can be used for basic health checks is of great interest to Sunstar. And potentially healthcare policy-makers around the world.

The results of the Sunstar survey provide a valuable global picture of oral hygiene attitudes and practices worldwide.

The data suggests there is no shortage of challenges for dental professionals. Including treatment of disease, patient education, prevention, and, with only 9% of people saying they are happy with their teeth, providing cosmetic dental treatments to inspire healthy smiles the world over.