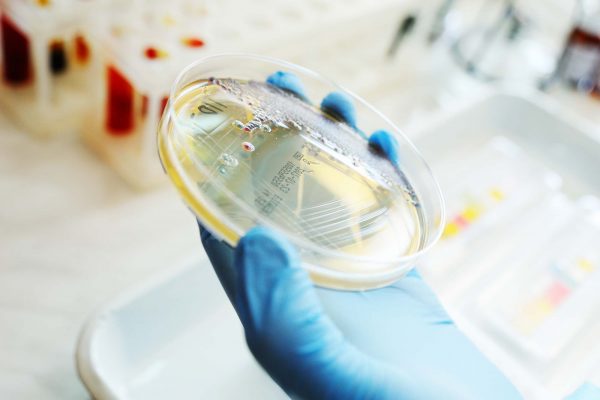 A UK dentist has said the entire dental industry will suffer in the coming months following new government plans to clamp down on coronavirus.

He urged the British public to avoid all non-essential contact and travel, asking entire households to remain indoors if a single member shows signs of symptoms.

Additionally, he ordered people to stay away from pubs, clubs and theatres but did not enforce nationwide closures.

He said: ‘The current situation is absolutely chaotic. Practices are having to make real decision on how they are going to run their businesses in the face of a national pandemic.

‘We are heading in the direction where all routine procedures are being discussed like they will be banned. But as yet there is no clear guidance on this.

‘At the moment it seems like every day there is new information. I am convinced that much of this reply will be outdated as soon as it is published.’

He added: ‘Most of dentistry can be arguably said to be ‘non-urgent’. However, given that this crisis is likely to be long term, we have to ask ourselves, could something routine become urgent?’

While UK dental practices remain open, the American Dental Association (ADA) has recommended that all dentists across the US postpone elective procedures for three weeks.

Mr Kothari also expressed concern over pay and jobs within the industry, stating that practices built on high patient turnover will suffer.

He said: ‘My concern is that many corporate organisations who have rapidly grown in the last few years will suddenly decide that dentistry is no longer profitable.

‘If there is an implosion of the dental corporate market this could have disastrous consequences for the entire population.

‘The government’s response is non-committal. But you can read between the lines. If the government enforced closures, it would mean they may have to provide emergency funds, contingencies etc.

‘This may not be the case if it’s a voluntary decision. It’s also not the case if patients stop coming on their own accord.’

Jeff Sherer, of The Dental Design Studio, also believes the economy is going to suffer. He called for better leadership during the challenging climate.

‘I think the government is doing the best job they can in very difficult and unprecedented circumstances,’ he said.

‘I think that private practices in areas with large rents will struggle the most financially. They may well see a dramatic drop in patient numbers overnight.

‘Overall, this whole virus situation is no doubt going to have a serious negative effect on the economy. Many businesses will suffer.’

However, he argued more needs to be done regarding the provision of personal protective equipment (PPE) – especially for large practices.

He said: ‘I would like to see the government providing PPE for dental practices.

‘Dental practices play a key role in keeping patients out of A&E who have toothache and reduce the strain on that service.

‘Currently many practices are surviving on three boxes of masks per week. In a large surgery (One of ours has 8 treatment rooms) that amounts to only a small amount of masks.’

He added: ‘I would like to see the chief dental officer coming out and making a statements.

‘This is sorely missing. There is a lack of leadership from the NHS relating to dentistry. Many practices need guidance about their UDAs and contracts.’

The British Dental Association (BDA) has slammed the government for failing to update its advice to dental professionals.

The standard operating procedures in response to Covid-19 for dental practices are yet to be updated in line with new developments.

As a result, the BDA is calling for better leadership within NHS England to help the industry response.

Chairman of the BDA, Mick Armstrong, said: ‘In a situation which is changing rapidly, advice from NHS England has not been updated. Dentists and their teams are frightened and desperate for leadership.

‘This official silence is deafening. Dentists deserve clarity if they can continue providing a safe service for their patients.’

Additionally, the General Dental Council (GDC) released a statement today (Tuesday 17 March) stating that it will be cancelling the public session of its council meeting.

Set to take place on Thursday 19 March, the statement said: ‘It’s not a decision we took lightly.

‘We strongly believe it is the correct and prudent decision in the current climate, and in line with government guidance about avoiding unnecessary travel.

‘Council will instead carry out its responsibilities by meeting virtually.’