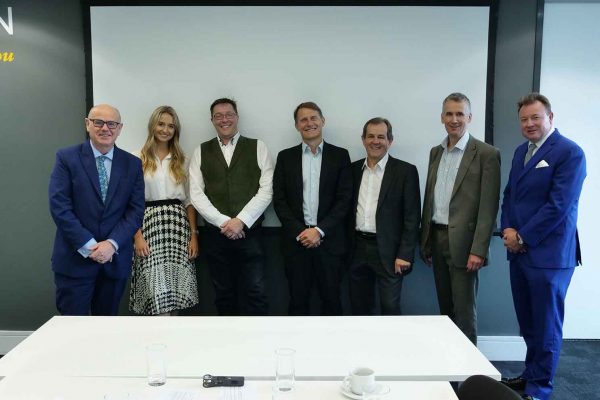 Nigel Jones discusses the results of the Dentistry Confidence Monitor survey with a panel of professionals in a wide-ranging debate about the General Dental Council, mental health and contract reform.

The 2019 Dentistry Confidence Monitor survey has again revealed deep feelings of dissatisfaction and mistrust of the levers of power among dentists.

Early on in the discussion, the education and career path of the new and future generations of dentists was a focal point. There was agreement on all sides that more fear is embedded among dental students today, before they even graduate, than those of several decades ago.

This was put down to several reasons. This includes less hands-on experience and the consequential lack of confidence, the role of the General Dental Council (GDC) and introducing this to dental students, and the shift towards a more litigious and blameful culture.

Much of this contributes to new graduates often feeling like they are stuck between a rock and a hard place. Being qualified and labelled as a ‘safe beginner’, but with little practical experience and a fear of making mistakes.

Bethany Rushworth related her experience of being presented with the GDC standards in her first days of being a student.

She said: ‘You go to university with high hopes and you’re excited and optimistic. But quickly you start thinking, “Is this what I thought it was going to be like?”

‘On day one you get a copy of the GDC standards and you’re told, “You must abide by this for the rest of your career. And if you don’t, it’s over”.

‘You leave university scared of failing. And maybe also with an irrational perception of the risks there are as a dentist. So you think the tiniest thing will be catastrophic and your whole career will be over.’

In his role with the Dental Health Support Trust (DHST), Rory O’Connor said that he visits dental students in their final year. He asks if they know what the GDC would do if there was a complaint against them. Nobody knows the answer.

So, students are receiving the standards and being told about the impact it can have on their career, there is no explanation of how a fitness to practise (FtP) process works and what they would need to do, which may well heighten that sense of fear.

Rory added: ‘There is too much fear being promoted in the dental schools; it’s not about getting things right, it’s the fear of getting things wrong. That needs to change.’

Simon Thackeray said: ‘The GDC is not there to punish. It’s there to protect the patients and their sanctions are not meant to be punitive. But I think 99% of the profession would say the GDC is there to punish. Because you could lose your career if you transgress. That transgression could be something that is actually quite silly.

‘You’ve gone through the competition to get through dental school. You’re generally a caring person, and, potentially, you’re being told your career is over.’

When it comes to meeting standards, Duncan Thomas pointed out that all dentists are held to the same accountability. That’s regardless of their circumstances or which system they are working in.

He said: ‘Part of the issue is that the GDC will measure everyone against the same gold standard.

‘If you’re working in a compromised system where you have 10 minutes for an appointment and you’re supposed to do a scale, and discuss every option and every risk and benefit of those options, and you’re penalised if you don’t – how does that square?’

Changes at the GDC

However, Eddie Crouch pointed out that improvements, while slow to materialise, were being made. These changes are in terms of complaints being dealt with quickly and at the right level. He said: ‘At a local level, people are telling me they’ve had a complaint at the GDC and, within a short space of time, it’s been dropped.

‘The case handler section of the GDC is functioning well at least. My worry is that some of the people who were driving some of the changes have moved on. But what we want is someone who really understands dentistry leading the profession and regulation.’

Rory highlighted that another change he has driven is that dentists no longer receive the package informing them their FtP is looked into at 5pm on a Friday, when many of the mental health services close.

He said: ‘When it comes to the risk of suicide, one of the highest moments of risk comes the dentist receives that letter from the GDC. If you look at professionals taking their life, the highest number is while the GDC processes are going on.’

‘Mental illness is not wrongdoing’

The DHST has a memorandum of understanding with the GDC, it doesn’t need to pass on information to the regulator. But Rory also wants anyone with mental health issues or addictive disorders that might make their FtP difficult, to be automatically transferred to a clinical mental health team, rather than the GDC, to make those decisions.

He said: ‘In those situations I think you should get rid of all the investigatory meetings, etc. Because we’re meant to be caring for people. Mental illness is not wrongdoing in dentistry.’

While there was discussion of the growing awareness of poor mental health in dentistry and a perception that there is less stigma, Bethany highlighted the fear of having to declare it to an indemnifier may act as a deterrent for some people to seek help.

When it comes to the mental health of the profession, the Dentistry Confidence Monitor survey revealed a clear split. It showed higher levels of stress and anxiety among NHS dentists compared to those in private practice. This, along with some of the other issues raised in the discussion, might go some way to explain why the 77% of dentists don’t see themselves in the NHS in five years. With the majority saying they intend to move to private practice.

Duncan said: ‘I think the main driver behind many practices leaving the NHS or principals moving to private is just to change how they work and reduce the stress. Not necessarily to earn more money.’

Simon added: ‘The reason there is such a focus on private dentistry isn’t just because of the quality of the time you can spend with the patient. It’s because they don’t see a future under the NHS contract. It’s simply not viable.

‘You’ve got people needing reigniting early in their career, when they should be passionate anyway. They already see a dead end in the NHS and are looking for a way out.’

When it comes to the future of the NHS, inevitably much of the discussion focused around contract reform.

While everyone agreed that the clinical care pathway being tested under reform was a positive step, there was still a lot of misgivings about the direction of reform in general. Not least around a business model that still includes UDAs and sees practices facing clawback.

Ultimately, there was a general feeling that reform is unlikely to provide the solution to the misalignment of interests within dentistry from the profession, patients, and the government.

Chris Groombridge said: ‘In the profession, we look at everything from the point of view of providing patient care. For the government, it’s all about money. Their number one concern is cost – that is what is driving dentistry’.

Eddie added: ‘The goalposts are constantly moving. Compared to 2005 we’re expected to write lots more notes and comply with more and more regulations. But the UDA value has been frozen or, in some cases, dropped significantly.’

Corporates as a force for change

With the changing landscape of dentistry and increasing number of practices owned by corporates, Duncan suggested corporates are a source of pressure on the government to drive change. Chris responded that the Association of Dental Groups takes the same position as the British Dental Association when it comes to reform and their concerns, such as the business model and access targets.

He added: ‘For the contract to work it has to work for the patients, the profession, and the government/taxpayer. Everyone has to get something out of it in order for it to be sustainable. It’s too tilted towards the government. There’s got to be compromise, but there’s too much take from the government and not enough give.’

Eddie highlighted the need for urgent action from the government now. Saying it was fine to delay reform beyond April 2020 to make sure they get the contract right. But that something else needed to happen to help NHS practices struggling now.

It was a wide-ranging and lively debate and more was talked about than covered here.

Practice Plan and Dentistry will be bringing more coverage of those topics in the coming months.

To find out more about the Dentistry Confidence Monitor survey and the debate, visit www.nhsdentistryinsights.co.uk.