Too much TV increases chances of kids developing tooth decay 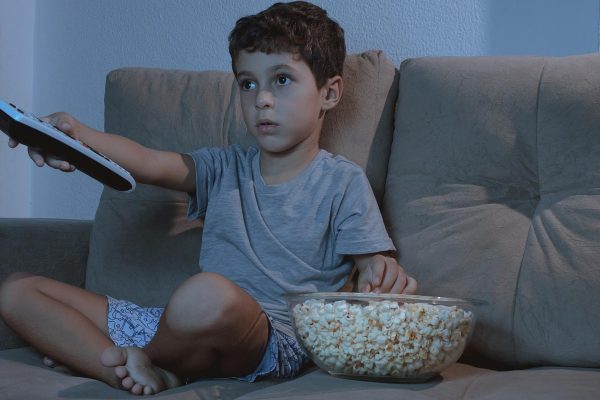 Too much TV increases chances of kids developing tooth decay

Watching television for more than 90 minutes every day increases the chances of kids with tooth decay, studies show.

Findings show that young people who watch too much TV are 33% more likely to eat sugary foods.

And watching over an hour-and-a-half of television increases the chances of kids with tooth decay by 39%.

‘There is a clear relationship between the time children spend watching television and how much sugar they are consuming,’ Dr Nigel Carter OBE, chief executive of the Oral Health Foundation, said.

‘As a population, our children are having too much sugar too often.

‘It’s leading to unacceptable rates of kids with tooth decay.

‘The results are fillings and tooth extractions – both of which are preventable.’

More than half (53%) of children watching TV for over 90 minutes each day showed some form of tooth decay.

Kids eating sugary treats whilst watching television are also more than twice as likely to have decaying teeth.

The Oral Health Foundation (OHF) is calling for parents to limit the amount their children watch.

‘There is also a worry that subscription services, accessed through personal devices, are turning television into an individual activity which is less family orientated,’ Dr Carter continued.

‘This type of viewing is often done in isolation.

‘It is a cause for concern when moderating a child’s snacking habits.

‘Limiting the amount of television children watch, or where they watch it, could be a sensible and easy measure to improve children’s oral health.

‘It would also have other health benefits to a child’s wellbeing.’

Last year, there were 59,314 extractions in England, with nine in ten of these caused by tooth decay in kids.

The OHF believes television adverts are to blame for children’s consumption of foods high in fat, salt or sugar.

The study shows that 72% of children ask their parents to buy food they see on television.

‘Either until the 9pm watershed or as a complete ban.’