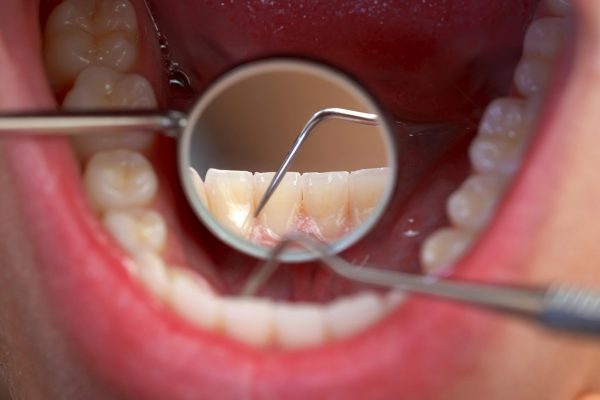 GSK is supporting the use of the BEWE to help combat erosive tooth wear amongst patients.

Erosive tooth wear (ETW) is currently the third most commonly observed oral condition (Bartlett et al, 2019). It can occur on clean, plaque-free teeth. Therefore detecting signs of ETW early and supporting patients with education is key to protecting the oral health of patients and the reputation of your practice. However, early indicators can be challenging to identify (Lussi et al, 2006). These include surface changes (smoothing) (Lussi, Jaeggi and Zero, 2004), loss of structural features (rounding), thinning and translucency (Jaeggi, Grüninger and Lussi, 2006).

ETW is increasing in global prevalence (Schlueter and Luka, 2018). There’s greater incidence of patients retaining their teeth for life. Therefore teeth now have to function for 80 years or more. Moreover, if ETW is present in the primary dentition it carries increased risk for permanent dentition (Harding, Whelton, Shirodaria, O’Mullane and Cronin, 2010). Rates of progression for the condition are slow. But impacts for patients can be both extensive and intrusive in the absence of early intervention.

The evolution of modern lifestyles plays a significant role in the increased prevalence of ETW. There’s been a rise in the consumption of acidic food and drinks, increasing the risk to tooth enamel (Neel et al, 2016). Indeed, globally snacking, including healthy snacking, is on the rise. Fruit is a leading snack however it is also a key source of dietary acid. Even healthy diets can present risks for teeth as people consume fruit juices, fruit smoothies and snack on more fruit (Blacker and Chadwick, 2013; Kelleher and Bishop, 1999; O’Toole S et al, 2017).

The Basic Erosive Wear Examination (BEWE), originally introduced in 2008, is developed for clinicians working in general practice as a quick and simple method to record ETW severity in clinical notes. It’s designed for use alongside the Basic Periodontal Examination (BPE), allowing for both indices to be used simultaneously.

Using the BEWE can help identify tooth wear and prompt patient discussion. It is quick and efficient to use, with four scoring codes, aiding early detection of ETW. Indeed, leading oral health professionals advocate the BEWE as the most convenient, effective method to record ETW severity. They advocate its use routinely at each oral health assessment. Despite this, research indicates that experienced DHCPs were less likely to risk assess tooth wear and less likely to provide preventative treatment (O’Toole et al, 2018).

To help raise awareness of ETW and the need for the BEWE a working group of leading dental professionals, sponsored by Glaxosmithkline, came together.

This resulted in the working group led by Professor David Bartlett (key author of Basic Erosive Wear Examination (BEWE): a new scoring system for scientific and clinical needs, 2008). Following this it resulted in the development of tools and assets designed to equip dental professionals (including students) with materials to help incorporate the BEWE into daily practice. Patient materials created encourage prevention of ETW between dental appointments.

In cases of established ETW, condition management and its consequences can be both expensive and time consuming (O’Toole et al, 2018). Average costs for private treatment vary between £4,000 – £30,000. And approximately £2,371 for NHS treatment and spanning between 18-24 months. If ETW isn’t recorded in patient notes professionals are at risk. Even if advice is provided to the patient.

As trusted dental professionals we have a responsibility to help educate patients about this preventable condition. This is easily done by incorporating a few, simple changes in clinical practice. It’s important to record signs of erosive tooth wear in clinical notes, the patient’s informed and preventative advice given to inhibit progression of erosive tooth wear.

Act now with a minimally invasive approach. Including incorporating the BEWE into daily practice, to help avoid progression of ETW (Lussi et al, 2006; Loomans and Opdam, 2018). Recommend the consumption of acidic foods and drinks at mealtimes rather than as separate snacks, in conjunction with an oral health routine that includes a specialist toothpaste. New, uniquely formulated Pronamel Intensive Enamel Repair for patients with early signs of acid erosion actively repairs weakened enamel (GSK data on file) and locks in vital minerals.

To find out more and to access resources and assets to equip you with the necessary tools to incorporate the BEWE into daily practice and influence positive outcomes for patients with erosive tooth wear, visit www.gskhealthpartner.com/en-gb/oral-health/conditions/enamel-wear/diagnosis.

Blacker SM and Chadwick RG (2013) An in vitro investigation of the erosive potential of smoothies. Br Dent J 214: E9