‘It’s taking a long time, but we’re getting there’ Sara Hurley says on contract reform 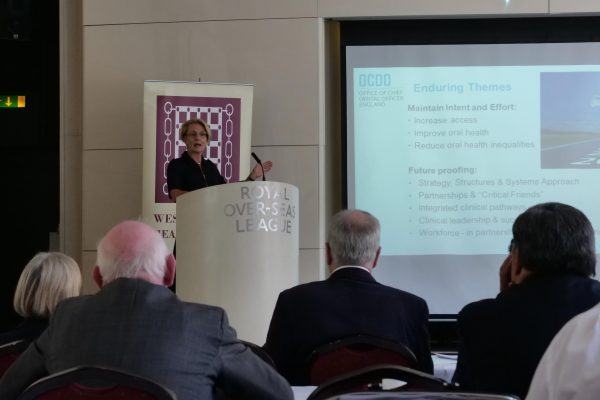 ‘It’s taking a long time, but we’re getting there’ Sara Hurley says on contract reform

Ms Hurley says she believes there is sufficient evidence to continue on the current path of contract reform.

‘It’s taking a long time, but we’re getting there,’ Sara Hurley, CDO for England, said.

‘We’re still waiting for ministerial ink on the bottom of that piece of paper.

‘But corporates like it (the prototypes), patients appreciate it.

‘Feedback from associates and therapists involved say it’s a far less stressful and more enjoyable way to do dentistry because prevention is a part of it.’

The aim of any new dental contract will be to improve the oral health of the nation and increase access.

Despite the delay, Ms Hurley says she does feel there has been progression over the last few years.

She explained that it can take more than seven years to get any meaningful results from prototypes.

‘It does sometimes feel like we’re in the middle of a very long tunnel,’ Ms Hurley continued.

‘But a number of initiatives that weren’t even blue sky thinking four years ago are now coming to fruition.

‘Be it the Starting Well initiative, be it the BSPD’s Dental Check by One.

‘It doesn’t feel like it to many people out there, maybe some of the impacts we’ve had aren’t cascading down.

NHS England has been testing a new clinical pathway and remuneration model for dentists over the last few years.

A new wave of prototypes was announced last year with the aim to include 50 more practices this year.

The BDA has previously expressed its frustration at the slow pace of change.

‘The clinical pathway being tested across the programme has been widely welcomed and supported by both patients and clinicians,’ a BDA spokesperson said on the launch of the most recent prototypes.

‘However, the prototype business model has not operated consistently with the same degree of success.

‘Some practices, including those coming direct from the UDA system in the third wave, have struggled to achieve contractual targets without additional investment and, like GDS practices, face clawback.’