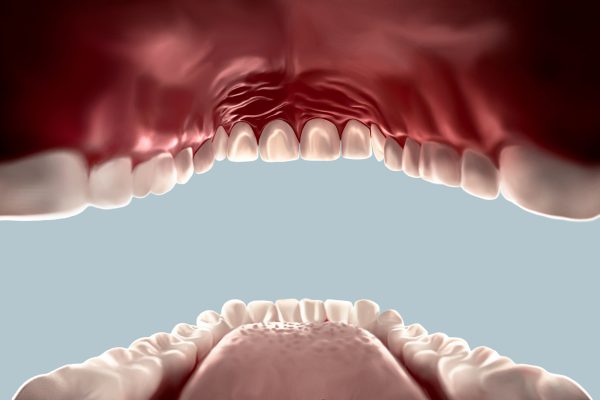 There is a tongue-in-cheek adage among dental academics: ‘to every tooth there is a patient attached.’ In other words, oral conditions and their treatment may have consequences for the patient beyond the mouth (Barasch, 2018).

Offering further insight on this, Sudhakara et al (2018) wrote: ‘The major gateway to the human body is the oral cavity. Micro-organisms [sic] enter into the human cavity through food and air, which passes through the nose and then reaches the trachea and lungs through the mouth.

Indeed, it has been suggested that a connection between oral health and general health is well-established and continues to evolve (DiMatteo, 2017). In line with this, following the 2017 World Workshop on the Classification of Periodontal and Peri-Implant Diseases and Conditions, Jepsen et al (2018) wrote: ‘A variety of systemic diseases and conditions can affect the course of periodontitis or have a negative impact on the periodontal attachment apparatus.

‘There are many diseases and conditions that can affect the periodontal tissues either by 1) influencing the course of periodontitis or 2) affecting the periodontal supporting tissues independently of dental plaque biofilm-induced inflammation.’

Other systemic diseases that have an implied association with periodontal disease include diabetes mellitus, Alzheimer’s, cardiovascular disease and rheumatoid arthritis (Winning and Linden, 2015). While the FDI agrees such associations are ‘biologically plausible’, interventional studies do not automatically demonstrate causation (FDI World Federation, 2013). Indeed, periodontal therapy does not always lead to an improvement in systemic diseases (Dörfer et al, 2017).

Research results continue to support the concept that some oral conditions are associated with a number of systemic diseases, but, for now, their mechanism is not fully understood. The possibility of a ‘causal-and-effect relationship’ between oral and system diseases remains unresolved (Alpert, 2017).

One of the challenges facing dental professionals is that many of the risk factors for periodontal disease overlap with those associated with systemic diseases, such as age, gender, obesity, smoking and socio-economic status. These are known as ‘confounding’ factors and need to be kept in mind by the dental team when discussing the reasons behind a particular health condition (Winning and Linden, 2015).

Expanding on this concept, Winning and Linden (2015) stated: ‘Although plausible, based on the mechanisms outlined, the critical appraisal of studies completed to date cannot distinguish whether periodontitis and systemic disease develop due to similar shared disease pathways rather than because one actually causes the other.’

That stated, according to Sudhakara at al (2018), ‘Recent studies have paved a paradigm shift in emphasizing [sic] the oral ecosystem as vital to maintaining both the oral and overall health of the body.’

Nonetheless, given the limitations in the current evidence base, Winning and Linden (2015) suggest, ‘…when we discuss links between periodontitis and systemic disease with patients it is better to describe “association” rather than “causation”.’

Presenting an overview of the present situation to help the dental team in deciphering and making use of the idea that oral health may be intrinsically linked to general health, Winning and Linden (2015) advised: ‘Whilst [sic] there is now good evidence for periodontitis associating with various systemic diseases (particularly atherosclerotic cardiovascular disease and diabetes), evidence for a causative role is still lacking.

Many of the reviews in this area report that “further studies are needed”, but that should not prevent us taking a pragmatic approach in promoting a patient’s good oral health benefiting their general health. Treating periodontal disease, where we also address shared modifiable risk factors, such as smoking, diabetes control, and diet, can only have a positive effect on related systemic disease and as dental professionals we are ideally situated as front line health staff to do this. It is acknowledged that the gaps in our knowledge remain large.’

As a final point, it may be worth keeping in mind the following notion from Kane (2017): ‘Although many of the studies on treatment of oral disease have not shown a statistically significant impact on these systemic conditions, neither profession [medical nor dental] will deny that maximising a patient’s health is advantageous.’

Sudhakara P, Gupta A, Bhardwaj A, Wilson A (2018) Oral dysbiotic communities and their implications in systemic diseases. Dent J 6: 10