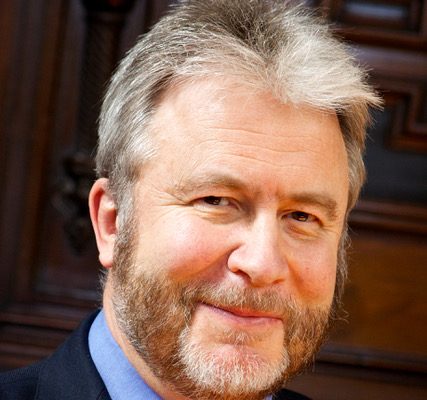 An unstinting commitment to identifying and supporting children at risk of abuse has led to recognition for Professor Richard Welbury.

He has been appointed Commander of the British Empire (CBE), the highest of honours, for his dedication to safeguarding as well as for his role as both educator and innovator in paediatric dentistry.

He has changed the way that dentists view their role in the recognition and management of child abuse through publishing in refereed journals and delivering countless courses to dental and medical professionals in the UK as well as collaborative work with dental teams in Croatia, Denmark, Greece, Italy and the United Arab Emirates.

BSPD’s president, Liz Roebuck, said: ‘Richard’s pioneering leadership and passionate commitment to safeguarding children who might be victims of abuse or neglect has been inspirational.

‘Through his lecturing and writing he has been a great ambassador for the specialty of paediatric dentistry at home and abroad. This highly deserved award sets the seal on a great career.’

After graduating from Newcastle Dental School in 1978, Professor Welbury studied medicine qualifying as a doctor in 1984, funding his MBBS degree by working evenings and weekends in dental practice.

As a junior doctor, he worked in hospitals in the North-East of England and was horrified by the hardship he saw amongst children.

One particular case of physical abuse became a turning point in his career – a young child with burns, which were non-accidental.

In 1991 he was appointed a consultant in paediatric dentistry.

His next move was to the University of Glasgow in 2001 where he was professor of paediatric dentistry and also director of postgraduate education and deputy Head of the undergraduate school.

Latterly he was dean of the Dental Faculty of the Royal College of Physicians and Surgeons of Glasgow (2013-2016).

He is now professor of paediatric dentistry at the University of Central Lancashire in Preston and consultant at North Cumbria University Hospitals Trust and Cumbria Partnership NHS Foundation Trust.

Commenting on the CBE, Professor Welbury said: ‘I feel very humbled by this honour and a bit gobsmacked.

‘I am grateful for all the opportunities I have enjoyed in my career, not least mentoring young colleagues through their training to be specialists and consultants in paediatric dentistry.’