Why NHS dentistry is bad medicine 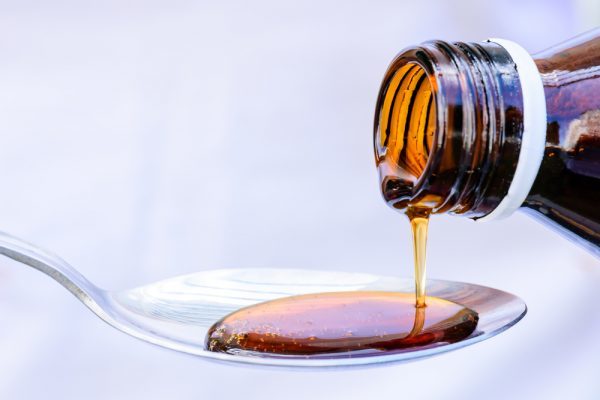 Why NHS dentistry is bad medicine

Dominic O’Hooley gives us his opinion on responsibility…

I have contemplated the three core principles of Bevans’s big idea for an NHS.

The 1948 elucidation of a post war appetite for better things, for a civilised nurturing of an entire society still shell-shocked from the utter brutality of that awful war, from the liberation of Bergen-Belsen and the realisation of what men could do to other men, women and little children given groupthink, idealism and the fear of standing up and being counted.

It is worth reminding ourselves of these three principles for the nascent NHS.

The NHS Constitution of 2011 enlarged upon these to produce a typically verbose seven key principles, padded out with sentence after sentence of flowery prose, ensuring no-one felt left out or outside their safe-spaces.

I found myself feeling a little bilious after reading these, and so won’t pad out this piece with them here.

What I will say is how the arbitrary separation of NHS Dental Services from NHS Medicine has been but one way that successive governments have tinkered with Bevan’s three gems, whilst retaining at least a semblance of ‘truth’. I’ll expand on this later.

So, back to the core of my piece of writing. How is responsibility linked to the poisonous pill of NHS dentistry? Let me break this down into four more palatable chunks: responsibility to self, for truth, to evolve and to regulate.

With rights come… you know what. As sentient beings spooning sugars into our tea whilst drawing on a Benson’s, we fulfil the post-civilised indulgence of our 21st Century society.

Shouting in groupthink outrage at Liam Neeson’s naïve historical admissions, whilst ensuring our own social media presence tells exactly the story about us that we want it too.

Whilst we are at it, lets Google our symptoms, worry ourselves and pop down to A&E, as you can’t get an appointment for weeks at the doctor!

Let’s feed our babies Ribena… anything to shut them up. We need our sleep you know! Let’s let our kids get take out on the way home from school, they can have a snack later whilst sitting solitary at the kitchen table, apart from their phone of course.

We stocked up on the beige sugary stuff that they like. That we taught them to need.

Read the Daily Fail on-line edition. …’I took my own tooth out as no dentist would see me!’

They should complain! It’s all the governments fault. We deserve the NHS! It is our right!

We can make a tidy sum from a complaint. We don’t even need to pay the legal firm unless we win. Everybody wins.

So, we know we are not true to ourselves, but what about our government?

Fixed term elections, a democracy, we can vote them in, we can vote them out. Now, most of us would agree that as semi-civilised animalistic automatons, we need governing. We have stumbled upon a system that holds those who put themselves in charge of us to regular account.

The alternatives of the authoritarian, the ‘benign’ dictatorship or the theocratic religious state don’t seem sweet enough for our taste, do they?

But as they have to get our vote and keep our vote, do our politicians want to tell the truth about the dichotomy of the expanded, aged, expectant and google informed, easily outraged population, butting up against an unfit for purpose, budget limited, capitalist controlled, manager rich NHS Dentistry lie.

Surgeries filled with heavy touch regulated, deskilled, defensively practicing and poorly educated dental teams? No. No they don’t. We let them lie because if they told the truth, we would vote them out.

We have let them take NHS dentistry out of Bevan’s core principles. We have allowed the 2006 contract to lie to both our faces and to our patient’s mouths.

We continue to drill and fill, write our comprehensive lying notes, cover our backs and wait for the GDC letter. We lie and they lie. Everybody lies.

Bevan’s NHS is correctly regarded as a defining moment in the progression of civilisation. A war-weary populous, rationed and hungry for change revelled in the high-minded ambition of this marvellous and massive NHS. But…

We seem remarkably closed-minded to the thought that the NHS is now not an accurate measure of the civilised society of today and is in fact, a shameful admission of our societal failure to understand that expecting to be indulged with universal free at point of access healthcare/dentalcare is both lazy, intellectually dull and so greedy.

We have our right to be obese, to identify as what sex we choose, to smoke and drink our legal highs. We have the right to write a complaint, demand to be seen, stamp our feet and fail to attend our appointment. We are stressed, we are busy, we have lives and we have rights…

Welcome to post-civilisation. We asked for it and we have got it.

Surely, in a time of living both longer and healthy for longer, in the age of scientific medical milestones and individualised genetic treatments, in the time of teeth in a day and home whitening, we need to evolve our expectations and engage our responsibilities.

How can we honestly expect to be serviced as we are, when we don’t obey the rules of being civilised ourselves?

I heard about a post on dental social media the other day. It was a question about the diagnosis of a blue attached gingival lesion at the site of a previous extraction of an amalgam restored tooth. The post included a radiograph showing a lump of amalgam directly beneath the amalgam tattoo…

The post made me feel sad. I felt sad for the dentist who posted and who seemed to show a lack of what I would expect a dentist to know.

I felt sad about the GDC that regulate dental schools and yet seem to allow dentists to graduate who know how to write notes but who don’t seem to know how to prep a three-quarter crown or how to judge the restorability and options for restoring a non-vital molar tooth.

I felt sad that they judge those dentists to the same standard as they do all other dentists and thus propagate the dreadful fear that leads to deskilling, failure to skill, faking notes, referring everything, burning out and leaving the profession.

Our regulator’s heavy touch regulation combined with adverts for complaints, endless hubris and failure to lead are yet another reason why NHS dentistry is bad medicine that poisons and does not cure.