A brief history of impression taking 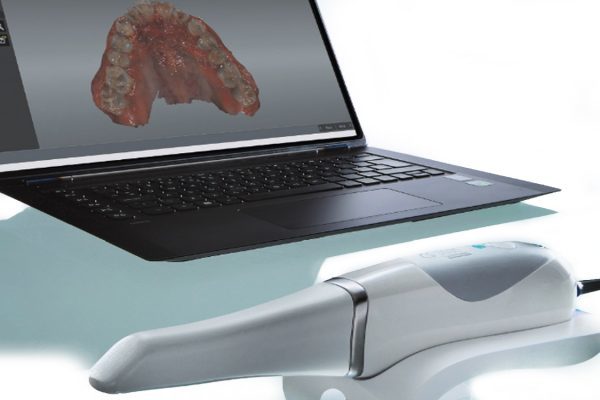 A brief history of impression taking

Cheryl Hayes stops and re-examines how taking impressions has evolved

Dental impressions have been taken for centuries now. With advances coming thick and fast, it can be helpful to stop and re-examine how we got to today’s cutting-edge solutions, to better understand what is available and maybe even anticipate what tomorrow will bring.

Traditionally, measurements for dental prosthetics were taken with an impression material to create a negative imprint, using this to create a dental stone cast. This technique has its roots in the mid 1700s, when beeswax was used as the impression medium.

These early impressions would have been difficult to take and error prone, with innovations such as the impression tray and plaster of Paris only starting to be employed after 1840 (Goyal, 2014).

The 20th century brought with it significant improvements to this process, mostly due to breakthroughs in material sciences and industrialisation.

Plastics were developed and became relatively inexpensive and widely available. This led to not just better impression trays generally, but the possibility of individualised ones.

The 1940s saw alginate being used for the first time for impressions, followed in the 1950s by the introduction of elastomeric materials (silicone based, polyethers and polysulphides).

The development of hydrocollides (agar and sodium alginate) was a major advance, as these are hydrophilic materials that can capture accurate impressions despite the presence of some fluid, such as saliva and blood (Madhavan, 2015). Elastomeric materials are polymers that possess both viscosity and elasticity (like rubber) that proved better able to capture surface detail (Moldi, 2013).

Gradually, improvements have been made in just about every physical quality an impression material requires: wettability, working time, accuracy, dimensional stability, tear strength, taste and so on.

Similarly, improvements have been made in other areas of the process, such as disinfection.

While advances in materials and technique have greatly improved the overall accuracy and quality of traditionally taken impressions, as in so many other areas in medicine, digital technology is revolutionising how things are done – yielding improvements in efficiency, usability and treatment planning. As a result, intraoral scanning is increasingly employed in dental practices.

Intraoral scanners reduce – and can even avoid – some of the human factors that can interfere with taking impressions.

Some patients find traditional materials unpleasant or even difficult to tolerate, and taking well-defined impressions requires skill and experience on the part of the clinician.

This, combined with the possibility of deformation, expansion or contraction in the impression material and the dental stone, can lead to a host of errors. In some cases, these will be so major that even with the assistance of a skilled dental laboratory, a retake may ultimately be required.

Intraoral scanners capture high-precision three-dimensional geometry, through triangular tessellation to create a mesh of a surface. Depending on the machine used, further information such as colour and texture can be recorded.

While the capabilities of intraoral scanners vary, at a basic level all use the same principle. Light is projected and recorded by optical sensors (cameras), software then analyses the imagery, determining and mapping individual points of interest, these points are then grouped into sets of three coordinates. The first two coordinates are evaluated then a third is calculated based upon the distance to the camera (Richert et al, 2017). In this way, the precise surface geometry of the scanned area can be mapped and used to create a 3D mesh. This can be used to visualise and measure the geometry of the area captured in ways that were never achievable with traditional methods, offering exciting new possibilities for treatment planning.

While the fundamentals are consistent, there is variety in how different machines accomplish these tasks. For instance, some project a beam while others use a light grid.

The precise code and methodology of the software will also vary among manufacturers, with the obvious potential for variability in performance (Imburgia et al, 2017).

Whether you are making the jump to an intraoral scanner for the first time, or looking to upgrade, the CS 3600 comes highly recommended.

The CS 3600 is the latest model from Carestream Dental, enabling even clearer scans more quickly than ever before. With easy to understand, real time feedback, you will be producing excellent scans without hassle, right from the start.

Dental impressions have come a long way since their 18th century origins, and with the transition from physical to digital the rate of progress is likely to keep accelerating for the foreseeable future.

For the references, email [email protected]

For more information, contact Carestream Dental on 0800 169 9692 or visit www.carestreamdental.co.uk