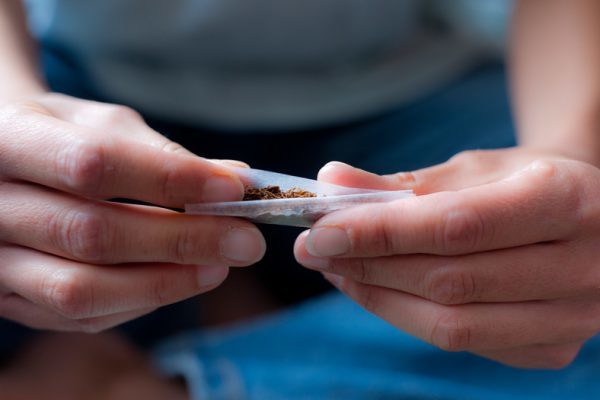 People who roll cigarettes are less likely to try to quit smoking, a new study from University College London shows.

The study, published in the British Medical Journal (BMJ), found 15.9% who rolled their own cigarettes were highly motivated to quit.

This compares with 20.3% of those who mainly smoke factory-made cigarettes.

The main reason appears to be the cost of hand-rolling, which is significantly cheaper than factory-made products.

Saving money remains an important factor in encouraging smokers to give up their habit.

Cost is a factor

‘Cost is consistently reported by smokers as one of the primary motives for quitting,’ explained the study’s lead author, Dr Sarah Jackson.

‘With hand-rolled cigarettes offering a lower cost alternative to factory-made cigarettes, they may be more able to afford to continue to smoke and therefore less inclined to try to quit.’

The research was conducted over a period of nine and a half years, from November 2008 to March 2018.

Data was provided by over 38,000 English adults who were current smokers or who had quit in the past year.

Over half (56.3%) of the smokers surveyed said they exclusively smoked factory-made cigarettes.

Whilst over a third (36.6%) said they exclusively smoked RYOs (roll your own).

But even though the overall smoking prevalence in the UK is declining, use of RYO cigarettes is increasing.

Dr Jackson added: ‘We found that RYO smokers were less motivated to stop smoking and less likely to make a quit attempt than smokers of factory-made cigarettes.

‘Given that a key strategy used by governments worldwide to reduce smoking is to raise taxes on tobacco in order to increase the cost of smoking.’

‘Access to cheaper roll your own tobacco makes it less likely smokers will quit.

‘And a major reason that factory-made cigarettes are more expensive is taxation.

‘Tax is around 30p per cigarette for factory-made compared to less than half that for roll your own cigarettes.

‘Significantly increasing roll your own taxes to remove this differential would be a win-win for the Government – by discouraging smoking while at the same time increasing the total tax take.’