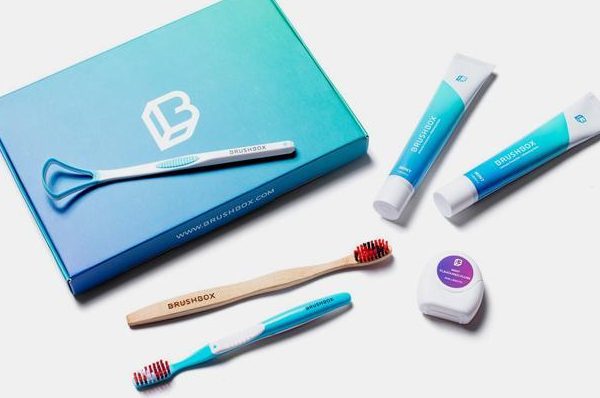 Brushbox introduces its subscription box and is offering dentists and dental professionals the chance to get involved.

Brushbox, the UK’s first oral health subscription box launched in January 2018, is currently working with the world’s largest crowdfunding platform (Crowdcube) to raise its second round of equity funding (minimum raise of £500,000). The company is proactively seeking dentists as prospective investors/partners before their funding drive goes public in early December – details of which can be found here: www.crowdcube.com/brushbox.

The business qualifies under the Enterprise Investment Scheme (EIS), which means that any investment should attract favourable, HMRC approved, tax relief including an upfront 30% tax reducer/refund against one’s personal tax position, and the possibility of a tax-free return on any profit made from the investment, plus other tax benefits. There are also a number of interesting rewards to be made available to dentists for investing, as outlined in their investor deck.

Brushbox, delivers stylish, eco-friendly oral care products straight to customers’ doors, every other month, right when they need them. The reason for this being that over 70% of the UK population do not currently replace their toothbrush when they should, resulting in 80% of adults having at least one filling, 48% being unhappy with their teeth, and tooth decay being the number one reason for children taking time off school and the number one reason why children are admitted into hospital in the UK (between the ages of five-nine).

Furthermore, with 3.6bn plastic toothbrushes ending up in landfill or our oceans each year, and with heightened customer awareness around plastic, Brushbox’s bamboo brushes provide a great solution to meet the increasing need for sustainable plastic alternatives. In its mission to produce a step-change in improving oral health for both current and future generations, Brushbox also runs a ‘buy one, give one’ model and has partnered with Dentaid to ensure that for every toothbrush sold, it will donate one to a child who needs one.

Why is this a good business opportunity?

With the oral care market exceeding sales of £1.2bn in 2017 in the UK (with toothbrushes and toothpaste making up 73% of the sector’s sales) and with the UK subscription box market forecast to grow by 72% to £1bn by 2022 (with 40% of consumers stating they intend to join at least one subscription box over the next two years) – Brushbox is aiming to disrupt the market and replicate the success seen in other health, beauty and grooming sectors, much in the same way as Dollar Shave Club did before it sold to Unilever for $1bn.

Brushbox is on a mission to change the way people think about and look after their teeth, combat plastic waste, and disrupt the $34.9bn worldwide oral care industry. In addition to the experienced angel investors it already has on board, Brushbox’s proposition is an interesting one for dentists, not least because of the preventative nature of the core proposition, which aligns itself with the (long awaited) proposed NHS contract reform.

The business brains behind Brushbox

The business was founded by Mike Donovan, who prior to Brushbox spent 13 years with Deloitte advising some of the country’s most successful business owners and entrepreneurs, and is backed by an experienced management team with the current chairman of PWC acting as an adviser for the business, and a number of well-respected dental professionals advising behind the scenes and as early stage investors in the business. Since launch Brushbox has been listed as the number one start-up to watch in Wales, been nominated for ‘Innovation Entrepreneur of the Year’ at the Great British Entrepreneur Awards, recently won the ‘Product Launch of the Year’ at the Dental Industry Awards, and is currently in discussion with a number of house-hold names and large corporates on potential collaborations.

Further details can be found at www.crowdcube.com/brushbox, but any interested parties better move quick as the opportunity for the private round of funding closes on 25 November.

We follow the progress of Jackie Whiteley’s project to improve oral health in care homes after a recent roundtable discussion.…