It will end in tiers 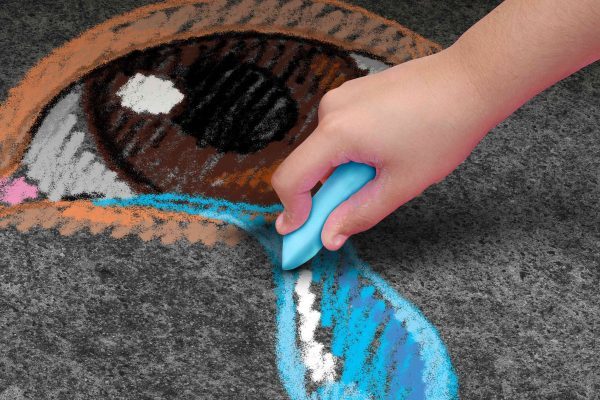 It will end in tiers

There are several ways to get more done for the same money. In plan A you reduce what you pay for each bit of work, so that workers have to produce more to achieve the same reward. If your workers are industrious enough to do this, you may need to unveil plan A2, which involves driving the unit price down even further. With a bit of luck some of the ‘new ways’ they discover will make it necessary to work even harder or longer, just to stand still.

Plan B involves changing the rules, or how you interpret them, so that additional things have to be done before any work counts towards the target. This can take many forms, but variation B67 is becoming increasingly popular. Here you let the worker do the work in good faith – preferably, as much of it as possible – and then tell them afterwards that none of it counts.

Somewhere deeper into the alphabet, other plans exist, which aim to achieve the end result by less cynical means – like improving morale and job satisfaction. We don’t need any spokespeople from the NHS to explain which of the above plans they’ve adopted for general dental services.

Many years ago, I stumbled across something called the principle of reciprocity. I read about it in the context of employee relations, performance incentives, and staff motivation, but have since discovered that it has a much wider application than that.

In an employment context it works on the basis that an employee who feels fairly treated and appreciated will tend to give more than one who does not – willingly and without being asked. Put the other way, an employee who feels that their employer or manager is being unfair, unreasonable, unappreciative and generally taking advantage, will only do the bare minimum that their contract requires them to do.

It’s the ‘lite’’ version of ‘working to rule’. In the full-strength version, working to rule can be devastating in its effect, and in most cases, employers can do very little by way of disciplinary action, because the workers are simply following all the rules, procedures, and petty requirements that their employer has imposed. Workplace legislation in the areas of health and safety and data protection (GDPR) provides ample raw material to use up at least 50% of the day, and meticulously following internal systems and processes should comfortably consume the rest of it. Nothing else gets done and everything grinds to a halt.

We have all heard about ‘reaping what you sow’, or ‘karma’. Reciprocity is part of that same kind of thinking.If we now think about reciprocity in the context of dentists working in the NHS, working to rule is not an option because the only losers would be the providers and performers. There are no UDAs on offer for meticulous adherence to the requirements of the law, the provider contract, and the GDC’s Standards for the dental team. The expectation is designed-in and the obligation to meet this mountain of requirements is weaved through the contract.

Plans A and A2 were always the beating heart of the fee-per-item system. Many dentists at the time thought it was the worst of all possible worlds – little did they know. We also fell for the assurances and alleged ‘soft landing’ provided by the transitional arrangements. Anyone who has worked in UDA-land since its inception will know that both plans A and A2 have been used by the NHS to maximum effect ever since.

Plan B has also been used in a rich variety of ways. If the commissioners had only stopped at plan B67 it would have been a cause for a celebration (of sorts), but it has proved to be death by a thousand cuts. Literally. If we stopped to think about all the ‘hidden extras’ involved in NHS dentistry – and the additional costs they incur that can neither be recovered nor passed on to patients – we might feel extremely abused by the NHS. The latest forays into local commissioning, procurement, and the ‘tier two’ roll out need to be considered against the backdrop of everything that has happened.

NHS England has only existed in its present form for five years, arguably with another couple of years under a different name before that. But not long enough to be blamed for very much of what has gone before. But far from taking the opportunity created by the change to draw a line in the sand and make a fresh start, the mistakes of history are being repeated and compounded.

It troubles me greatly that NHS England is presenting the roll out of tier two services as part of a major re-engineering of UK dentistry. Nobody can dispute the right of NHS England to commission services in a way that makes best use of precious NHS resources. But we may be sleepwalking into far-reaching changes like the de-skilling, dumbing down and devaluing of the GDP status and other collateral damage that doesn’t stop at the door of the NHS.

NHS England is hardly going to admit that the dramatic change in referral patterns is largely a self-inflicted, direct consequence of the 2006 contract. Yet the same pattern is not reflected in Scotland, which still has a fee-per-item-based GDS.

The GDC established the first specialist lists in 1998 and at the time, also considered (and rejected) the option of a halfway house, which it called ‘competencies’, ie, the formal recognition that a dentist, while not a registered specialist, did have a level of competence in a particular area of dentistry over and above that of an average GDP.

One of the practical obstacles that was then felt to be insurmountable, was how you could fairly and properly accredit someone who had not completed any formal structured training. Some years later the topic was revisited in the shape of dentists with special interests and enhanced skills, whose remit was intended to be cases of ‘intermediate complexity’ – whatever that is.

But the GDC regulates dentistry across the whole of the UK, and its authority would be hopelessly undermined and its work made much more difficult, if a body outwith its control, such as NHS England, started to recognise de facto ‘experts’ sitting somewhere between a GDP and a specialist. We gather that these ‘tier two’ dentists will be paid more per case than a GDP, but patient charges will be the same. No new money will be made available, so the cost of these tier two dentists is being underwritten by other GDPs. A referral to a hospital-based specialist costs the NHS a whole lot more, and the patient pays nothing towards it, so NHS England has gone in search of an ersatz (non-specialist) illusion of specialist care on the cheap. But how will the expertise of tier two providers and their ‘accreditation’ be portrayed in the eyes of the public, and how might this ‘grey status’ bleed across to the private sector?

If the early roll-out achieves NHS England’s objectives, we can be sure that it will end in tiers. For as long as NHS England needs tiers, but only in the areas that it needs them.

744d
|
Blog
Dentistry Online uses cookies to give the best experience. If you continue to use our site, we will assume that you agree to the use of such cookies. Read More.
Accept