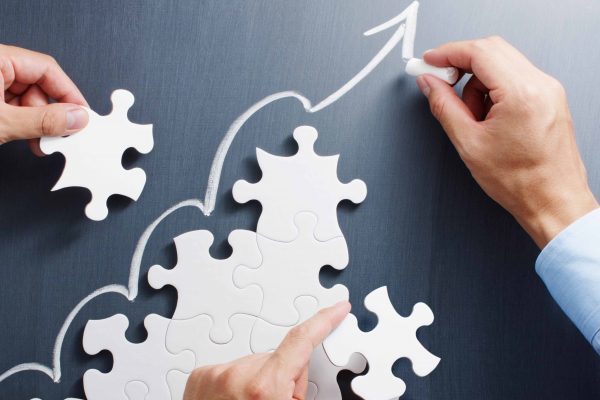 It’s a scene that will be familiar to many: everyone gathers for a meeting to discuss a particular topic, the same usual suspects shout the loudest and after a lengthy, and often circular discussion, no firm decision is made and you agree to revisit it later.

Dental practices are not immune to this scenario either, but fortunately there is a way forward – a problem-solving and decision-making method devised by Edward de Bono called the Six Thinking Hats.

Essentially, teams are asked to approach an issue by imagining they are all wearing a series of different coloured hats, each of which corresponds to a specific way of thinking, eg yellow hat is positive, white is data-gathering, black is cautious, etc. The idea being that it stops discussions from descending into arguments because the whole team think in the same way at the same time. It also ensures everyone gets a chance to speak and allows the topic to be looked at from all angles.

Delegates who attended Practice Plan’s most recent Workshop Tour, with Sheila Scott and Chris Barrow, were introduced to this method and have already been using it to make effective decisions. I caught up with two of them to find out how they have put it into practice.

‘We took our entire team to the tour and we were all really keen to carry on using the thinking hats method that we learnt that day.

‘Before we went to the event, our team meetings would be unstructured with mainly the managers speaking. Management meetings would be ad hoc and with only the actions to achieve with no system to implement them!

‘Now, if we have a decision to make, we gather everyone together and work through the issue exactly as we did on the tour. We divide a big piece of paper into six sections, one for each ‘hat’, and systematically analyse the issue with input from each member of the team.

‘We even downloaded very visual flash cards from Practice Plan’s member exclusive Workshop Tour webpage, which we use to keep the discussion on track.

‘This has allowed each person to put forward their thoughts in a more structured way and means the meetings are now much more effective. So far, we have used it for decisions about investing in decontamination equipment and getting new uniforms.

‘Whilst these were topics we had been thinking about already, it wasn’t until we learned the ‘Six Thinking Hats’ method that we were able to reach a decision. We also used the technique to decide whether to use a ‘morning huddle form’ – advocated by Chris Barrow on the tour and which we were able to download from the webpage as well. It provides a guide of the important things to note down and be aware of both from the day before, such as successes in terms of new patients and if people have switched plans, and also for the day ahead, for example whether someone has a disability and needs a ground-floor surgery. We then put the form into our communications book we keep on the front desk for all the team to access, especially if they haven’t attended the huddle.

‘The learnings we took from the Workshop Tour have helped to increase team participation in the practice and decisions are made quicker because we have more clarity on what we are trying to achieve.’

‘We use the ‘Six Thinking Hats’ every time we have a practice meeting now. Like most staff teams, we have a mix of strong characters and people who are a bit quieter, and by using this method we can make sure that everyone has a chance to express their feelings.

‘Previously when we had a team meeting we would have an agenda and we’d come away with action points. However, those points would often be on the next meeting agenda because we hadn’t got around to them. Now, we pick one of the action points and schedule another hour in the diary every month to work it out together using the Six Thinking Hats.

‘Within two months of attending the Workshop Tour we have used the method to decide to open later in the evening. It has been a great way of involving the whole team in decision-making which means everyone is invested in making it a success.

‘We also took on board Chris Barrow’s advice from the tour about the importance of the first digital contact patients have with your practice. As we don’t advertise, our website is often the first impression patients get, and while we feel it looks good we also realise it is quite basic so we will be improving some of the pages, adding a blog and adding new photos of the team.

‘Taking the team on the Workshop Tour was really rewarding, partly because it was a rare chance for everyone to come together and generate new ideas, but it also provided us not just with practical advice that we’ve used to make a difference in the practice, but also the motivation to put those changes in place.’

Practice Plan partners with over 1,500 dental practices and offers a wide range of business support services.

The Practice Plan 2018/19 Workshop Tour, headlined by motivational speaker Joy Marsden and exclusively for members, will begin this September.

29d
|
Private Practice
Dentistry Online uses cookies to give the best experience. If you continue to use our site, we will assume that you agree to the use of such cookies. Read More.
Accept