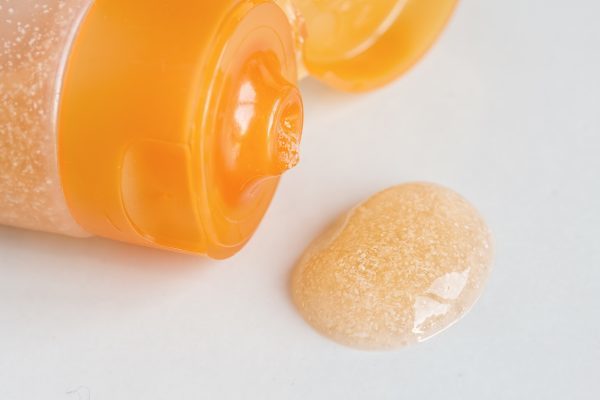 The UK has banned the manufacture of products containing plastic microbeads, in a move to combat plastic pollution of the world’s oceans.

The landmark move will prohibit manufacturers of personal care and cosmetic products from adding tiny beads of plastic to products such as toothpastes, face scrubs, and shower gels.

these products are often washed down the drain,and the tiny plastic pieces find their way to the ocean, causing pollution and serious harm to marine life.

As microbeads are often washed down the drain, they pollute the ocean and cause serious harm to marine life. This ban will now stop billions of pieces of the plastic ending up in the ocean every year.

‘Microbeads are entirely unnecessary when there are so many natural alternatives available, and I am delighted that cosmetics manufacturers will no longer be able to add this harmful plastic to their rinse-off products’, commented environment minister, Environment minister Thérèse Coffey.

In August 2015, Dr Linda Greenwall covered the topic of plastic microbeads in dentistry in her editorial for Aesthetic Dentistry Today. please find an abridged version below.

Polyether has been part of dentistry since the 1970s. We use it daily; it’s safe, and rigid enough for accurate impressions. Several other forms of polyether have been introduced recently. One is called ‘PEEK’ (polyetheretherketone), a tooth-coloured, single monomer that has a low Young’s modulus of elasticity (Wiesli et al, 2015) and is a rigid semicrystalline polymer (Zheng et al, 2015).

It is used in 3D technology as a replacement for metal, such as in large frameworks for partial dentures (Whitty, 2014) and bridges, implant reconstructions and in general medicine to produce artificial joints.

Being tooth-coloured, biocompatible, and strong, this new material offers several advantages and benefits for aesthetic dentistry. But there is another form of polyether used in dentistry that comes with an environmental impact.

Polyethylene glycol (PEG) is a polyether compound with applications from industrial manufacturing to medicine. It is a common type of plastic, often found in the form of polyether beads (or microbeads). These are often labelled simply as PE (polyethylene), PP (polypropylene) or PMMA (polymethyl methacrylate) under the ingredients list (ADA 2014).

These microbeads are minute plastic spheres, less than half a millimetre in diameter, which are used in consumer products from toothpaste face creams and cosmetic scrubs to lip balm, deodorants and chewing gum.

They are found in hundreds of consumer products, and just a single tube of face wash can contain up to 30,000 microbeads. After use, they are discharged into waste water systems and flushed out into the sea.

The view from the chair

A US hygienist, Trish Walraven, has brought some dental perspective to this topic. While performing prophylaxis on a patient, she noticed a blue bead disappear into a gum pocket. On investigating, the patient reported that they were using toothpaste containing microbeads.

There were ‘bits of blue plastic in my patients’ mouths every single day,’ she wrote on the website Dentalbuzz.com (2014). This plastic came from toothpaste, she argued and it was getting stuck in patients’ mouths. Now, dentists are concerned that the microbeads trap bacteria, possibly causing gingivitis.

Further research reveals the damage these microbeads are doing to the environment. They do not decompose once in the ocean; instead they are eaten by fish and enter the food chain.

In 2014 the House of Commons Science and Technology Committee heard evidence of the serious impact that microplastic waste could be having on Britain’s aquatic environments. At the time some members  called for tougher legislation if the cosmetics industry continues to prevaricate.

‘There is no reason for these microplastics in cosmetic products. If they are not taken out voluntarily, then there should be legislation to ban their use,’ said Graham Stringer MP, a member of the Commons committee.

Microbeads and the environment

In 2012, Unilever announced it would phase out the use of microbeads in all of its products by 2015. The Body Shop, Johnson & Johnson, Beiersdorf, L’Oreal, and Proctor & Gamble also agreed to starting phasing plastic microbeads.

While we should all celebrate the new advances in PEEK materials that have been highly researched and offer new uses, particularly in aesthetic dentistry, we need to be aware of the different forms of polyether – polyethene microbeads in dental and cosmetic products.

Wiesli MG, Özcan M ( 2015) High-Performance Polymers and Their Potential Application as Medical and Oral Implant Materials: A Review. Implant Dent May 29 (epub ahead of print)

In the first of a regular column, Melica Bastani looks into the initial facial aesthetics consultation and the importance of…

27sec
|
Aesthetic Dentistry
Dentistry Online uses cookies to give the best experience. If you continue to use our site, we will assume that you agree to the use of such cookies. Read More.
Accept