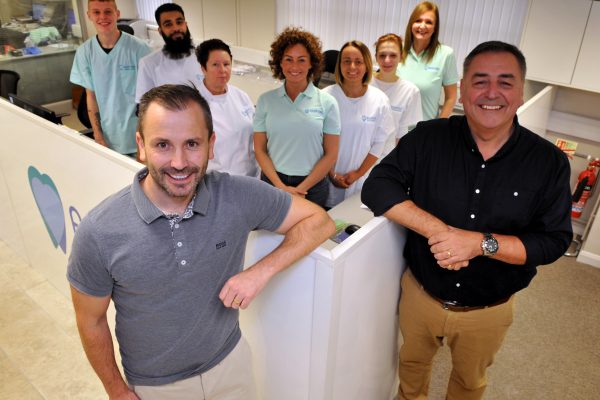 Ashford Orthodontics, the largest orthodontic lab in the country, has expanded further with the recruitment of nine new members of staff

Sean Thompson, managing director of the award-winning lab said the Sunderland-based company is still recruiting, despite now employing 40 people in a wide range of roles. ‘We’re still ambitious and still taking people on and although we’re the biggest lab in the country we still believe there’s plenty of opportunity for further growth,’ said Sean.

Last year, Ashford Orthodontics moved into a new 12,000 sq ft state of the art laboratory in Southwick, Sunderland, to accommodate further expansion of the business, which had grown significantly thanks to its investment into 3D technology.

‘Our early investment in the 3D printers was a big risk, as we bought two of them and they cost us over £100,000 and this was before dentists were really ready to implement the technology, but we understood the fundamental change in the way the business was going and the opportunities offered by digital innovation. Buying the 3D printers and scanners put us ahead of the game,’ he added.

The company now has a new generation of smaller 3D printers – six on the premises and a further three on order. The business has seen continued growth since it was established, with turnover and job creation increasing every year since 2001.

‘We’re still actively recruiting – we’re looking for another admin officer, another apprentice and more people on the manufacturing side. We’re literally getting new clients contacting us every day, so we need to keep up with demand while retaining our reputation,’ explained Sean.

Ashford Orthodontics was also named Sunderland Business of the Year in a city-wide competition last month.

13hr
|
Orthodontics
Dentistry Online uses cookies to give the best experience. If you continue to use our site, we will assume that you agree to the use of such cookies. Read More.
Accept