Are associates employees or self-employed? 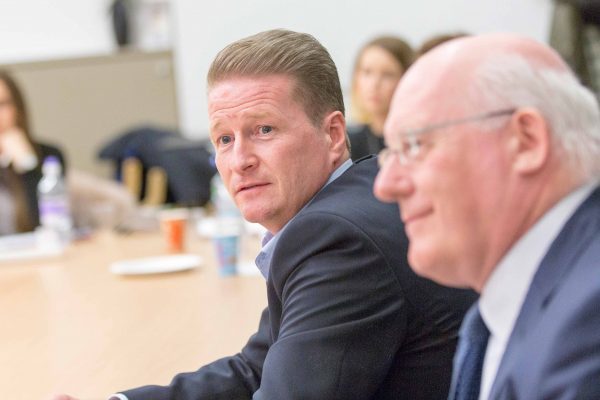 Are associates employees or self-employed?

For the second Dental Politics: The Big Debate, leaders in the profession got together to discuss associates’ employment status. Seb Evans summarises what was discussed.

Last year Uber was taken to court over the treatment of its drivers. The argument was that Uber classified its 40,000 drivers as self-employed, and they were therefore not entitled to holiday pay, pensions or other workers’ rights. However, the court decided that the drivers were in fact treated like employees and should therefore receive the benefits that employees enjoy. Since this ruling, many in the dental profession have wondered whether a similar argument could be made about associates.

Recently Dentistry hosted its second ‘Dental Politics: The Big Debate’, where leaders in the profession got together to discuss various controversial topics, one of which was the role of corporates and whether associates are now classified as employed or self-employed.

One of the difficulties that comes with being self-employed is that the associate chooses whether or not they want to accept the terms that are on offer by the practice. ‘It makes it difficult to say whether somebody’s position is being abused or not (such as in the Uber case), because they’re also benefitting from it, they’re receiving an income,’ Neel pointed out. ‘If they choose to take on a ridiculous working sum, then presumably that’s the best they could find at the time. If you take on a contract, you decide this is the terms you want to take on.’

But there are also benefits that come with being employed; sick pay, pensions, the right against unfair dismissal, holiday pay, etc. ‘If you strike a deal as a self-employed associate, your boss could turn around and give you three months’ notice,’ Eddie Crouch said. ‘Self-employed isn’t as secure as employed, but it comes at a cost.’

Another major talking point at the Big Debate revolved around associates and the way they are, or aren’t, protected by practices when something goes wrong. Michael Watson, Dentistry news correspondent, explained the issue by saying: ‘We signed a contract recently with somebody who wanted to fit our kitchen. When it came to the electrics, he subcontracted out that bit to an electrician who was self-employed. But the builder remained responsible for the whole project. If something had gone wrong with the electrics, I wouldn’t have gone to the electrician I would have gone to the builder doing the job.

‘When you go to a practice as a patient, I would expect the practice to sort the problem out if something goes wrong. I wouldn’t expect to have to report an associate to the GDC, I would want the practice to live up to its name.’ Eddie Coyle, head of clinical services at Oasis agreed, adding: ‘I don’t think most of the public would actually realise dentists are self-employed, until there is a complaint situation.’

Many of the participants at the Big Debate agreed that things can’t continue the way they are, with practices wiping their hands of any responsibility when something does go wrong and leaving associates at the mercy of the GDC.

Does the current NHS dental contract have any influence over the way associates are treated? Michael Watson believes it does. He explained that 10 years ago associates would bring patients, and therefore money, into the practice, but that relationship doesn’t seem to exist anymore. ‘As long as they keep their nose clean and do their UDAs, that’s all you need,’ Michael Watson said. He believes we’ve lost that dynamic of wanting somebody who’s going to work hard and bring happy patients and money into the practice because the contract holder gets all the rewards. Whether it be corporates or practice principals, they receive the money for the number of UDAs carried out, which takes away any incentives for the associates to do well.

John Milne, CQC dental adviser, agreed, pointing out that if he were an associate, he would be looking for career progression in any practice he worked in. If working for a big corporate, he questioned: ‘How would I get a stake in this company, can I get on the board of this company?’ Many other professions have obvious career paths to follow in big organisations, ‘it’s a bit of a shame that we’re not always seeing that possibility in the dental world,’ he said.

Summarising the associate self-employed/employed debate, John Milne said: ‘I think the relationship between an associate and principal has been one that, for many years, has been founded on trust, ethics and professionalism, on both sides. I think if the working conditions begin to change and the trust is eroded, then an employment model will become more attractive because of the rights it provides. The more the relationship changes from one of two professionals working together with an agreement that’s fair and each is content with, towards one that is a master-servant type of relationship, then the more it begins to look much more like employment. This debate has been going on for many years. As the dynamics change, the model will change.’

The Dental Defence Union (DDU) is offering assistance to principal and corporate members with vicarious liability claims. The offer will…