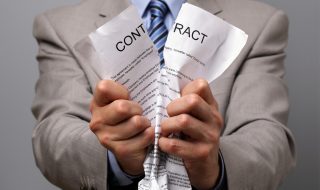 The BDA has accused the Northern Ireland government of backtracking on an agreement to modernise contracts for community dentists.

After seven years of negotiation, a new agreement between the BDA and the Northern Ireland government on a new contract was approved by dentists in March last year.

‘These community dentists are the only health professionals left in the UK working under contracts drafted three decades ago,’ Grainne Quinn, chair of the BDA’s Northern Ireland Salaried Dentists Committee, said.

‘Last year we reached an agreement to bring their terms and conditions into the 21st century, but ever since ministers and officials have been stalling.

‘It has been very frustrating for these dedicated professionals who are serving the most vulnerable people in Northern Ireland.

‘It means they have spent a year not even knowing how much leave they are entitled to, unclear if a promise of nearly two years of backdated pay increases will ever materialise, or when this situation will be resolved.

‘For 12 months the money set aside has been sitting in trusts’ bank accounts gaining interest while officials in Stormont squabble amongst themselves over whether an agreement was even reached.

‘All we are asking for is for ministers to honour an agreement negotiated in good faith and implement the agreed terms and conditions as soon as possible.’

Community dentists provide dental care for people of all ages including children and adults with learning disabilities, patients with health problems, phobias, and those unable to leave their homes.

They are the only health service workers in the UK not to have had their terms and conditions modernised since the 1980s.