One in three confident they could beat cancer 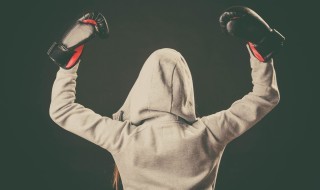 One in three confident they could beat cancer

New research reveals one in three are confident that they could beat cancer.

Despite Cancer Research UK reporting that the chances of receiving a cancer diagnosis during a person’s lifetime is 50%, the survey reveals that the British pubic are remaining positive.

For the research, the Oral Health Foundation looked at the British public’s attitudes towards cancer and found out that they were largely positive, with more than a third (33.7%) confident that they would defeat the disease if they were diagnosed with it.

The resilient outlook comes in spite of more than half (52.2%) of those surveyed having a family member who had lost their battle with cancer.

The charity is pleased that the public have such a positive attitude towards their chances of beating cancer, but also want to remind them that their chances of survival often rely on getting an early diagnosis.

Dr Nigel Carter OBE, CEO of the Oral Health Foundation said on the findings: ‘There is enormous positivity amongst the public which has been largely driven by some major advances in diagnosing and treating certain types of cancers. But unfortunately, this is not the case for some forms of the disease, such as mouth cancer.

‘Mouth cancer cases have grown by more than a third (39%) in the last decade while the disease now claims more than twice as many lives than cervical and testicular cancers combined. Much of this can be attributed to late diagnosis of the disease which stems from us being unaware of the early warning signs, symptoms and causes of mouth cancer.

‘Everybody needs to check their mouths regularly for anything unusual, such as ulcers which do not heal within a couple of weeks, any red or white patches and any unusual lumps or bumps in the head or neck area.

The research, carried out by the Oral Health Foundation in aid of November’s Mouth Cancer Action Month, also revealed that around one in five (21%) believe they will develop cancer at some stage during their life.

‘Cancer can affect anyone at any time of their lives and that is a message we hope, albeit solemnly, have to realise,’ Dr Carter added.

‘The “it will never happen to me” mindset is something that we have to all get over and make sure that we take the appropriate measures to try and give ourselves the best chance of beating the disease, whether it’s reducing our risk through quitting smoking and not drinking alcohol to excess, or simply being more Mouthaware and knowing what to look out for.’