Majority of Brits unaware of a leading mouth cancer cause 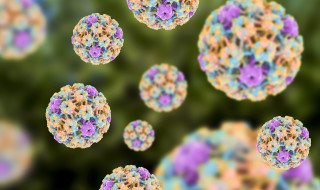 Majority of Brits unaware of a leading mouth cancer cause

Four out of five Brits (81%) are unaware that human papillomavirus (HPV) is a leading cause of mouth cancer, according to a new study.

As a result of the Oral Health Foundation survey, conducted for Mouth Cancer Action Month, the charity is calling on dental and health associations and bodies, the government and policy-makers, as well as other charities, to help increase public awareness of the potential impact of HPV in a bid to reduce the amount of lives lost to mouth cancer each year

HPV, the most common sexually-transmitted infection in the world, is an infection that almost every single sexually-active person will get at some stage during their lifetime, and could well be responsible for this remarkable surge in the increase of mouth cancer.

The Oral Health Foundation particularly wants further education and support for those aged between 25 and 34. This group displayed least awareness of the link but are conceivably at the highest risk due to low HPV vaccination levels and high levels of sexual activity.

Nigel Carter OBE, CEO of the Oral Health Foundation said: ‘We are in real danger of facing a mouth cancer time bomb in the UK, fuelled by high sexual activity and dangerously low levels of awareness of the link between HPV and mouth cancer. Those being diagnosed with mouth cancer have now topped 7,500 a year in Britain, making it one of fastest growing cancers in the UK. With more people affected than ever before, it’s imperative that we know more about the disease, what causes it, how to spot it early, and where we need to go if we see anything suspicious.’

HPV is one of the leading causes of mouth cancer and is predicted to overtake traditional causes of the disease, such as smoking and drinking to excess, within the next decade. This means that although traditionally seen in males over the age of 40, we are likely to see a huge rise in mouth cancer in younger people and women.

HPV is transmitted through oral sex and the chances of contracting the disease does not greatly change depending on whether a person might have a regular, long-term partner, or has casual multiple partners.

With further research finding that just over half (56%) of the 25- to 34-year-old group are undergoing sexual health check-ups, coupled with dangerously low levels of awareness, the Oral Health Foundation is concerned that there is a real risk of a ‘perfect storm’ and thousands of cases of HPV-related mouth cancer is going unnoticed.

There are many different forms of HPV infection and, thankfully, most people will not have any problems related to it, but for a small, but significant, proportion of people will go on to develop problems, such as cancer.

The Oral Health Foundation believes that the introduction of a gender-neutral vaccination in the UK will significantly reduce the number of mouth cases caused by HPV in the future.

Dr Carter added: ‘In the UK, girls aged 12 and 13 started to receive the HPV vaccination to help prevent cervical cancer in 2008 through a school-based programme. This vaccination programme exists to save lives and has been highly successful in raising the public profile of cervical cancer and improving awareness of HPV.

‘Boys are currently not afforded with the same level of protection, something that is dangerously unfair and leads to many lives lost each year due to problems related to HPV. By introducing a gender-neutral vaccination in the UK we will potentially see a similar impact on mouth cancer to that which we saw in regards to cervical cancer.

‘Unfortunately for people aged 25 and over it is already too late as the HPV vaccine is most effective before somebody is sexually active, they therefore must be alert to the major signs and symptoms of mouth cancer; these include mouth ulcers which do not heal within three weeks, red or white patches in the mouth and any lumps or bumps in the head or neck area. If anybody is in doubt, then they should get checked out straight away.’