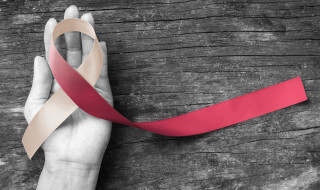 Cancer Research UK has revealed that rates of mouth (oral) cancer have jumped by 68% in the UK over the last 20 years.

The British Dental Association (BDA) has commented on this new evidence, stating that dentists play a vital role in detection of oral cancers. Survival rates can rise from 50% to 90% if the condition is identified early. However, recent data has shown half of adults in England have not seen an NHS dentist in two years.

The BDA has collaborated with Cancer Research UK on development of an oral cancer toolkit to help health practitioners spot the disease and refer suspected cases sooner. The toolkit covers the signs to look out for, how to respond, as well as possible risk factors for oral cancer. The toolkit also features a detailed image library, a referral guide, case studies, examination videos and a CPD accredited quiz.

The BDA supports blanket immunisation against the human papillomavirus (HPV), which is a leading cause of oropharyngeal cancers.

Russ Ladwa, chair of the health and science committee at the BDA said: ‘Oral cancer is on the rise, yet half of adults are not seeing a dentist. Early detection is key, and a check-up can mean the difference between a 90% and 50% survival rate.

‘When survival rates for many cancers are improving, it’s high time ministers delivered a strategy and effective messages so the public really understand the risks.’

The figures – released during Mouth Cancer Action Month – reveal the cancer is on the rise for men and women, young and old, climbing from eight to 13 cases per 100,000 people over the last two decades.

Oral cancer is more common in men, but there have been similar increases women.

Around nine in 10 cases are linked to lifestyle and other risk factors. Smoking is the biggest avoidable risk factor, linked to an estimated 65% of cases. Other risk factors include alcohol, diets low in fruit and vegetables, and infections with the HPV.

Professor Peter Brennan, an oral and maxillofacial surgeon from Portsmouth who helped develop the toolkit, said: ‘These figures are a real concern. Not only is oral cancer becoming more common, but earlier data has shown that mortality rates from the disease are also on the rise. The greatest chance of cure is to treat the disease at an early stage – before it has spread. Once this happens, the disease becomes more difficult to treat and survival reduces by up to 50% over five years.

‘Almost half of oral cancer patients receive major surgery as part of their treatment. Anything that can be done to diagnose the disease at an earlier stage is likely to benefit the patient and improve chances of cure as well as reducing the likelihood of more major surgery. This toolkit should greatly help GPs, dentists and nurses to spot the warning signs and symptoms of oral cancer and precancerous conditions, and refer patients on for prompt specialist treatment.’

Since the Oral Cancer Toolkit launched in November 2016, more than 18,000 health professionals have visited the toolkit and a full evaluation is being conducted to understand the impact on referral behaviour.