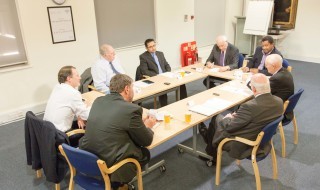 Dentistry.co.uk hosted Dental Politics: The Big Debate earlier this year, where the profession’s key opinion leaders discussed some of the most affecting issues in UK dentistry. Here we look in-depth at the new contract traffic light system.

The Big Debate aimed to debate and develop consensus on major issues affecting the profession, to then lobby appropriate powers and stakeholders to affect change.

A number of broad topics were discussed during the debate, which were selected for their importance and impact on UK dentists. The topics discussed were:

In this issue we are going to look in detail at the traffic light system, also known as the NHS care pathway, oral health status and RAG (red, amber, green) status.

The reaction to the system was less than positive. Roger Matthews, then chief dental officer at Denplan, said the system was worryingly simplistic, he implied that the new oral care pathways system with red, amber and green status system might be too general to cover all situations and would probably lead to false results.

Henrik Overgaard-Nielsen, chairman of the BDA’s general dental practice committee reminded the panel there has been misunderstanding about the traffic light system in the pilots – and that NHS rules are being taken too literally, which is not the way the system is supposed to work. ‘There is an override system for dentists to do whatever they want to do regardless of what the computer says’. He added: ‘This goes back to what Jimmy Steele said, that patients who do not know which end of the toothbrush to hold should not have complicated bridgework.’

Henrik also reminded the panel that the NHS care pathways were originally designed and developed to assist decision-making.

Nigel Jones of Practice Plan said that the RAG status might inadvertently widen health inequalities, because of people not wanting to turn up to be chastised.

Roger Matthews added: ‘A lot of people are stuck forever in amber and cannot become green because they have diabetes for example, or another long term complication, which is unfair.’

Neel Kothari believes the new system could potentially discourage patients from seeking treatment. He asked who is going to make the decision that a patient cannot have treatment because they do not brush properly. He is very concerned at the decision making and communication of this. Roger Matthews reminded the panel that the government has, for decades, been worried about how to determine who is worthy of treatment and who is not. The government has also greatly feared being the one to communicate bad news to patients. But now it has a solution: dentists can do it. This takes the treatment decision away from the patient, away from the government but with just enough controls on the purse.

Neel Kothari described this in a disturbing way, saying: ‘We are taking a little of decision-making away from the patient by saying, “you are not brushing your teeth or using mouthwash, so we are not going to give you a bridge to help you chew.” These are going to be very hard things to implement in practise.’ He argued that whether the patient gets treatment or not is really a clinical decision the clinician should make and the NHS should not get involved. He believes that this traffic light system with oral care pathways is a mistake and the profession will be discussing it for years to come.

If you have any thoughts or comments on any of the topics discussed at Dental Politics: The Big Debate email [email protected]