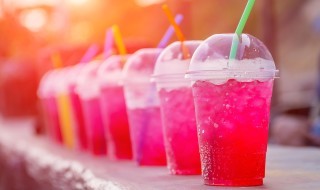 Tea, coffee, cola and fruit juice may be amongst the nation’s favourite drinks, but when it comes to Brits oral care, it appears they are public enemy number one.

The latest research from Mintel reveals that almost half (46%) of all adults believe that many of the most popular non-alcoholic drinks, including tea, coffee, cola and fruit juice, have a negative impact on the appearance of their teeth. Additionally, one quarter (24%) believe that foods such as potatoes, blueberries, cherries and sweets impact their smile, rising to more than one third (35%) of 16-24-year-olds.

Jack Duckett, senior consumer lifestyles analyst at Mintel, said: ‘Perhaps encouragingly, just a quarter of Brits attribute a decline in the appearance of their teeth to poor dental hygiene. However, the high proportion of consumers that cite dietary factors as having a negative impact on their teeth is a testament to ongoing diet issues in the UK, particularly with regard to high sugar consumption.’

Overall, the dental issues that Brits are most likely to have suffered from in the last 12 months are plaque build-up (47%), staining or yellowing (45%), bleeding gums (35%), tooth pain, for example from a broken or abscessed tooth, (31%), and cavities (31%). Meanwhile, one quarter (26%) of all Brits have suffered from bad breath over the past year.

‘With young adults typically among the biggest consumers of processed sugars, and more likely to agree that poor dental hygiene has negatively impacted the appearance of their teeth, it follows that the young are also more likely to indicate that they experience oral hygiene concerns, such as staining, bad breath, cavities and tooth pain,’ Jack comments.

Today, manual toothbrushes are the most commonly used oral care equipment, with 70% of adults having used one in the last 12 months, compared to 44% who use powered toothbrushes.

However, increased launch activity and lowering price points have helped to drive usage in recent years, with the proportion of adults using powered units rising from 41% to 44% in the past 12 months alone. By contrast, manual toothbrush usage declined from 72% to 70% over the same 12 months.

And although dentists continue to preach the importance of regular flossing, the proportion of adults using dental floss or flossers fell between 2015 (43%) and 2016 (40%). Just 34% of men have used some form of dental floss in the last three months, falling behind women at 46%.

‘Value sales growth in the UK oral care market has been increasingly undermined by falling sales in the mouthwash segment in recent years, as well as a decline in new product launches. However, the overarching market has been boosted by strong sales of dental accessories and denture products, which have enjoyed strong value and volume sales growth as they benefit from the ageing population,’ Jack comments.

Children and the dentist

Similarly, while 81% of parents with children aged 0-12 consider good oral care habits to be just as important for babies as they are for older children or adults, nearly one in five (19%) parents don’t think that baby teeth need as much attention or are unsure as to whether or not this is the case.

The same pattern can be seen when it comes to monitoring children’s oral care routine, with 80% of parents saying that they keep a close eye on their children’s daily routine care, while 16% admit to leaving it up to their children to take care of their teeth.

Parents are more evenly split when it comes to their thoughts on what dental hygiene products their children should be using. Just under half (45%) of parents with children aged 0-12 believe their children only need to brush their teeth as part of their routine, while slightly more (49%) believe children should use multiple products in their oral care routine, such as dental floss or mouthwash.

‘The vast majority of parents agree that baby teeth need as much attention as permanent ones; however, for a significant proportion of parents this excludes flossing and mouth washing. Brands must, therefore, find new ways of educating parents about the importance of regular flossing for their children. The continued expansion of smart technology could help parents earn greater insight into their children’s oral care habits, while apps can assist parents by providing reminders to book dentist appointments and even warnings if their children’s oral care habits begin to slip,’ Jack concludes.