The future of orthodontic services 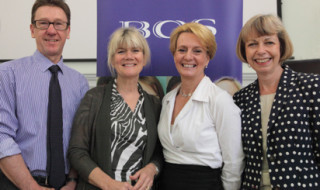 The future of orthodontic services

A key concern for delegates was to find ways to ensure orthodontic care and contract management is patient-focused and cost-effective. The day began with BOS President Alison Murray welcoming delegates to the Bridewell Theatre off Fleet Street and explaining that BOS wanted to share ideas information and stimulate discussion. As the EU referendum took place on the preceding day, there were concerns around possible changes to the long awaited procurement procedures due to start formally in 2017. But Elaine McLean of Pinsent Masons, a solicitor specialising in EU commercial and procurement law, predicted that any changes would be many years away.

Ms McLean went on to say that commissioners had considerable flexibility and discretion to take on board the track record of the contract bidders in order to get the best outcome for patients. Currently there is considerable variation in the value of the Unit of Orthodontic Activity – the system for paying orthodontists.

Ms McLean said that a move to a nationally agreed UOA rate would be a further opportunity to make quality the driving force in commissioning decisions. The implications of awarding the contract to the wrong provider were wide-ranging, expensive and potentially risky to patients, she said, and it was important to get it right first time.

NHS Consultant Nikki Atack, Chair of the BOS Consultant Orthodontist Group, provided an overview of the current service and the positive impact that orthodontics has on the health and wellbeing of patients. She said that orthodontics is primarily about function both in the sense of an ability to eat and smile easily but also in terms of how young people function in their social groups.

Nikki Atack discussed the role of the managed clinical network and set out the challenges ahead as the existing committees and networks reform themselves into MCNs, stressing their role in leading commissioning and quality assurance at local level. This was a topic for extensive discussion at the end of the day.

Health psychologist Dr Andrea Waylen reminded her audience that the World Health Organisation defines health as not merely the absence of disease but about overall well-being.  She said that teeth were the fourth most common reason for schoolchildren to be bullied.

James Spencer, postgraduate dental dean for Yorkshire and the Humber, said that commissioning decisions could have a major impact on the training of the workforce of the future.

The day concluded with Alison Murray thanking all delegates for engaging with the many important issues around commissioning and saying BOS was at the ready to share information and work with commissioners in the months and years ahead.