New names added to FGDP(UK) board 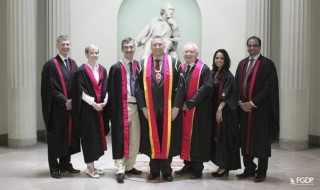 New names added to FGDP(UK) board

The FGDP(UK) has added five new members to its board, including its first overseas representative.

Elections for the seats were held earlier this year and it was Pankaj Patel, Johanna Bryant, Mark Richardson, Yann Maidment and Reena Wadia who became the new members, taking their seat on the 10 June.

‘It’s a pleasure to welcome Johanna, Mark, Pankaj, Reena and Yann to the board, and with such a diverse range of working backgrounds, a privilege to be able to draw upon their knowledge and expertise,’ Mick Horton, dean of the Faculty of General Dental Practice (FGDP) (UK), said.

‘I’m also looking forward to working even more closely with Ian and Abhi, and am delighted that the board has recognised their contributions to the profession and the faculty in this way.’

Pankaj Patel: the new seat representing the faculty’s 300 overseas members is taken by Pankaj Patel, a private practitioner who trained in India, has practised in Philadelphia and is a BDS examiner in Nairobi, where he also set up the first local MFGDP study group.

Mark Richardson: a senior dental officer in the RAF, was elected to represent Wessex and Oxford.

Yann Maidment: the current president of the Royal Odonto-Chirurgical Society of Scotland, now also represents the east of Scotland.

Ian Mills, an implant dentist and academic clinical fellow at Plymouth University Peninsula School of Dentistry, was also inaugurated as a vice-dean of the faculty.